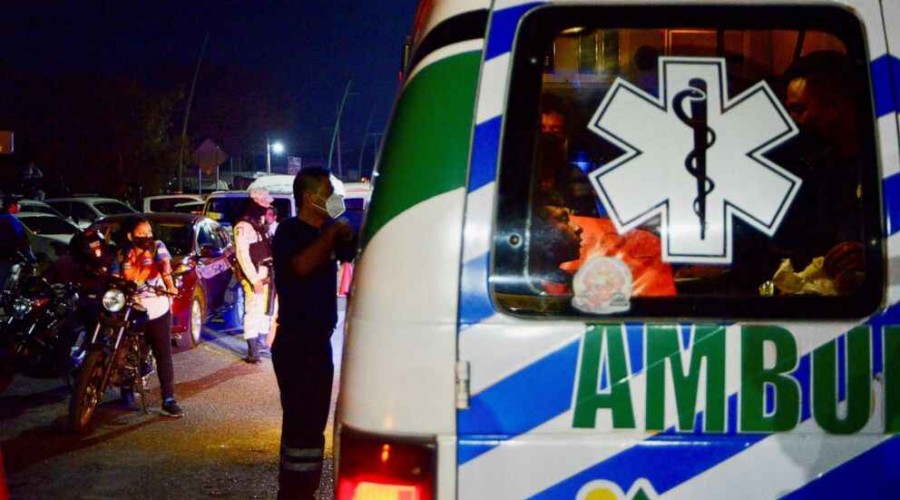 "After the accident that occurred in Chiapa de Corzo, I inform you that unfortunately 49 people died at the scene and 5 more died while receiving medical attention in hospitals," Chiapas Gov. Rutilio Escandón tweeted. "We have 105 injured (83 men and 22 women), care for the injured continues."

Civil Protection Chiapas said on Twitter that the tragedy was the result of a "car accident of two trucks traveling on the Belisario Domínguez Bridge and Ribera Cauharé in Chiapa de Corzo."

"I deeply regret the tragedy caused by the overturning of a trailer in Chiapas carrying Central American migrants. It's very painful. I embrace the families of the victims," Mexican President Andres Manuel Lopez Obrador tweeted.

Mexico's National Institute of Immigration also confirmed the incident on Twitter, saying it "regrets the death of migrants in the tragic accident that occurred in Chiapas."

It said it is coordinating efforts with national, state and municipal authorities to provide consular assistance, identify bodies, cover funeral expenses and facilitate the repatriation of remains to countries of origin.

"Humanitarian attention that will be granted to the survivors will be accommodation, food and in case they accept, Visitor Cards for Humanitarian Reasons," the institute wrote. "The INM will assist in the investigation of the accident."