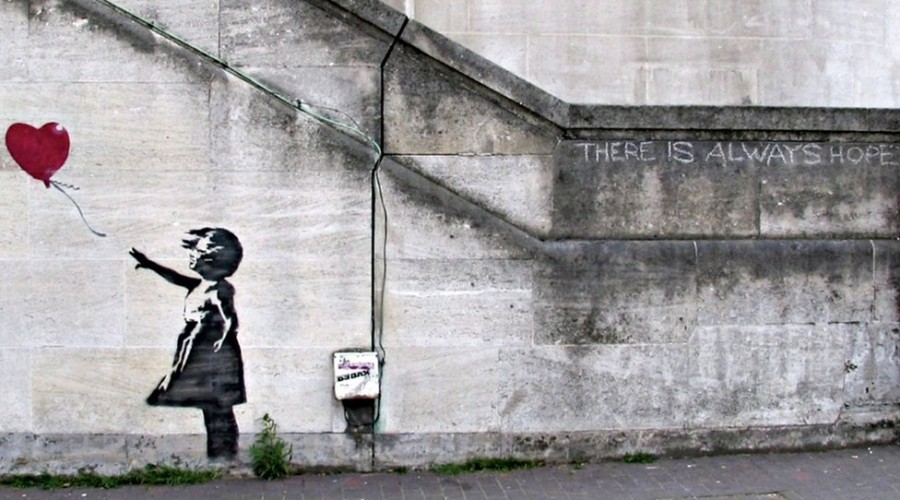 The conversation has grown urgent after thieves last month made off with one artwork from the town of Hostomel, about 25km outside the capital. It shows a woman in a gas mask and dressing gown holding a red fire extinguisher. She is standing next to a real flame-blackened window, Qazet.az reports.

Banksy painted the image and six others during an unpublicised trip to Ukraine. He later acknowledged in a video that they were his work, done “in solidarity” with the Ukrainian people. The Instagram post showed the artist at work – his identity obscured – as well as interviews with local people walking amid ruins.

On 2 December, a group of men chiselled the dressing gown woman from the side of a scorched wall. When challenged by a local person, they claimed to be representatives of Neo-Eco, a French charity which is reconstructing the wrecked Hostomel housing estate using recycled materials.