About 36 Indian police hurt in clashes with Adani port protesters 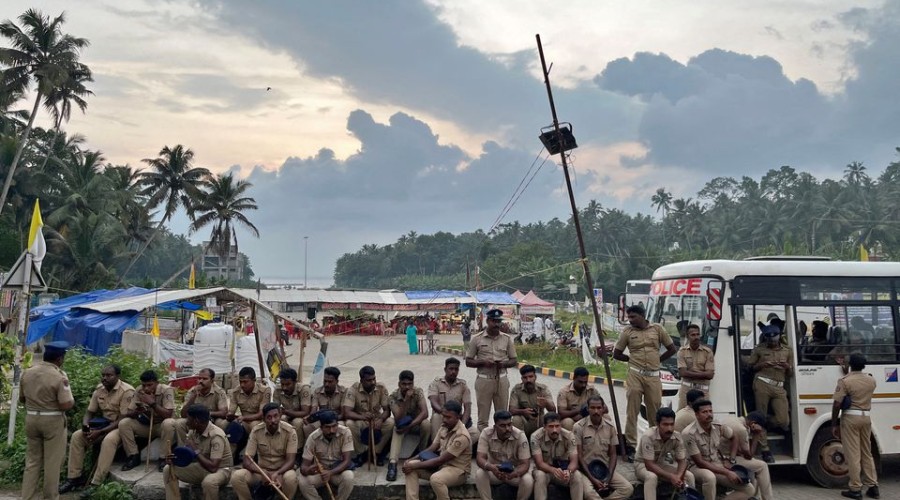 As many as 36 police were injured in clashes with protesters in India's southern state of Kerala who were demanding the release of a person arrested during a demonstration against a $900-million port project of the Adani Group, officials said, Qazet.az reports.

The growing agitation is a major headache for Adani's ports and logistics business worth $23 billion. The location of the port on India's southern tip is seen as key to winning business from ports in Dubai, Singapore and Sri Lanka.

Construction at the Vizhinjam seaport has been halted for more than three months after protesters, mostly drawn from the fishing community, blocked its entrance, blaming the development for coastal erosion and depriving them of their livelihoods.

Over the weekend, protesters blocked Adani's construction vehicles from entering the port, despite a court order for work to resume, prompting the arrest of many of them.

That spurred hundreds more to gather at a police station on Sunday night demanding the release of one of those arrested, leading to clashes with police and damage to some of their vehicles, television news images and a police document showed.

"They came with lethal weapons and barged into the station and held the police hostage, threatening that if people in custody were not released they would set the station on fire," the police said in the case document on the incident.