"The thing is that we cannot discuss the issue of Ukraine’s domestic conflict. Russia is not a party to this conflict," Dmitry Peskov pointed out 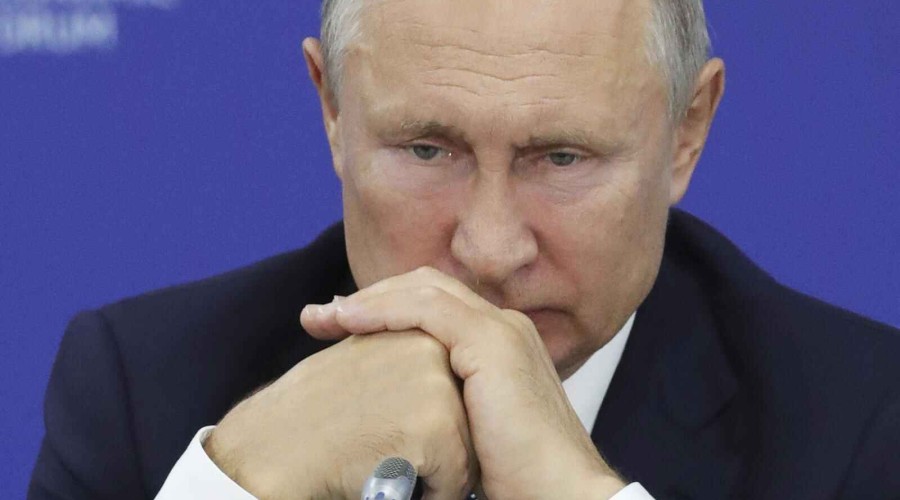 Russian President Vladimir Putin is not going to discuss the issues of war and peace in Donbass with his Ukrainian counterpart Vladimir Zelensky since Moscow is not a party to this conflict, Kremlin Spokesman Dmitry Peskov told journalists on Monday, Qazet.az reportsciting TASS.

"Absolutely not," the Kremlin official said in response to a question on Putin’s readiness to conduct dialogue with Zelensky on this subject. "The thing is that we cannot discuss the issue of Ukraine’s domestic conflict. Russia is not a party to this conflict. Nothing has changed here, we repeatedly stated this at various levels," he explained.

The spokesman stressed that the subject of the conflict in eastern Ukraine can be discussed with Kiev "only from the point of view of implementing the provisions of the Minsk package of measures absolutely clearly prescribed in writing."

On Sunday, Zelensky’s spokesperson Sergey Nikiforov announced that the Ukrainian president was ready to hold a meeting with his Russian colleague at any time in order to discuss the territories not controlled by Kiev.

Back in April, Zelensky mentioned wanting to meet with Putin in order to discuss the conflict in eastern Ukraine. On April 22, the Russian president, commenting on this offer, noted that if this meant discussing the Donbass issues then the Ukrainian leadership should above all meet with the leaders of the Lugansk and Donetsk People’s Republics. At the same time, Putin added that he was ready meet with Zelensky in Moscow at any time to discuss the development of bilateral relations.