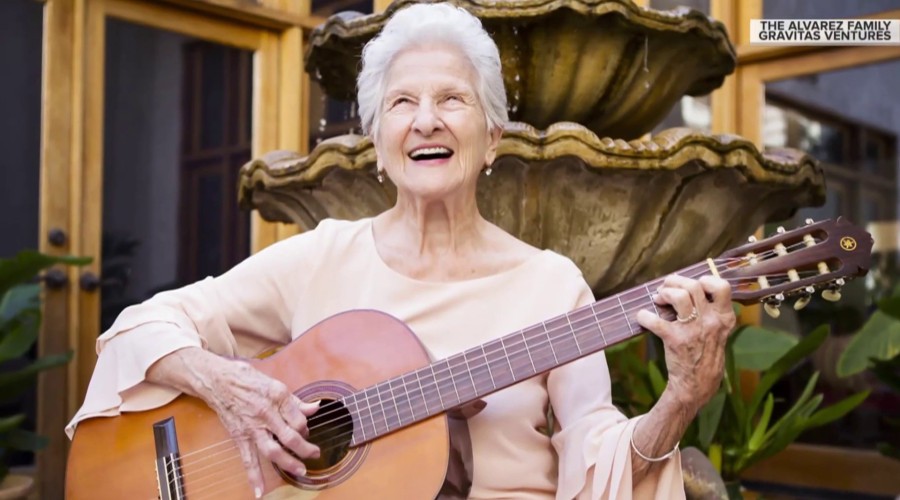 Qazet.az reports yjat the Cuban American musician’s crowning moment came after decades of writing songs but performing them only for friends and family – until, at the age of 90, she went to the Avalon, the historic Hollywood nightclub, and gave her first concert.

Her grandson, Carlos, eventually recorded her songs on to an album with the help of the actor and fellow Cuban who hosted that concert: Andy García. The self-titled record came out last year, setting up her nomination at Thursday’s edition of the Latin Grammys and a shared win with Silvana Estrada.

“To those who have yet to make their dreams come true, know that although life is hard, there’s always a way out and with faith and love everything can be achieved,” Álvarez said in her acceptance speech.

It’s hard to overstate some of the obstacles she had to overcome to make her mark on the music industry.

Growing up in pre-revolutionary Cuba, her father and grandfather forbade her from pursuing her love of music. But she wrote songs in secret, as she got married and had children.

Then the Cuban revolution that led to decades of leadership under Fidel Castro unfolded, and Álvarez made what she has called her life’s most difficult decision: sending her four children to the United States. They went as part of Operation Pedro Pan, which saw more than 14,000 children sent to the US during Cuba’s revolutionary era between 1960 and 1962.