Another 201 mines found in the Azerbaijan's liberated areas 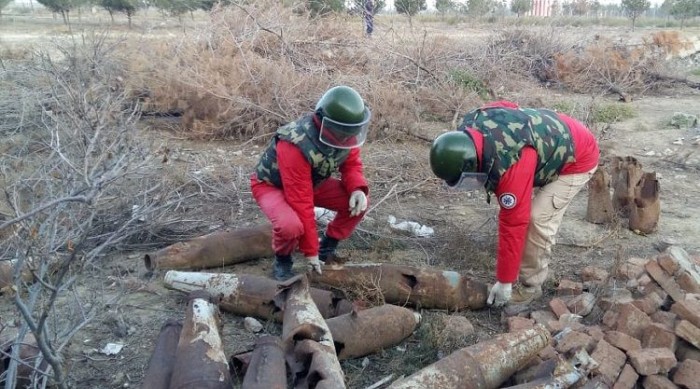 The Azerbaijan Mine Clearance Agency (ANAMA) announced the number of mines discovered during demining operations in liberated areas last week.

Qazet.az reports according to ANAMA that, 58 anti-personnel mines, 143 anti-tank mines and 98 unexploded military ammunition were found in mine clearance operations carried out in Tartar, Agdam, Hocavend, Fuzuli, Shusha, Gubadli, Gabriel and Zangilan. It was detected and neutralized between 12-17 September.

As a result, 563 hectares of land were cleared of mines and unexploded ordnance. 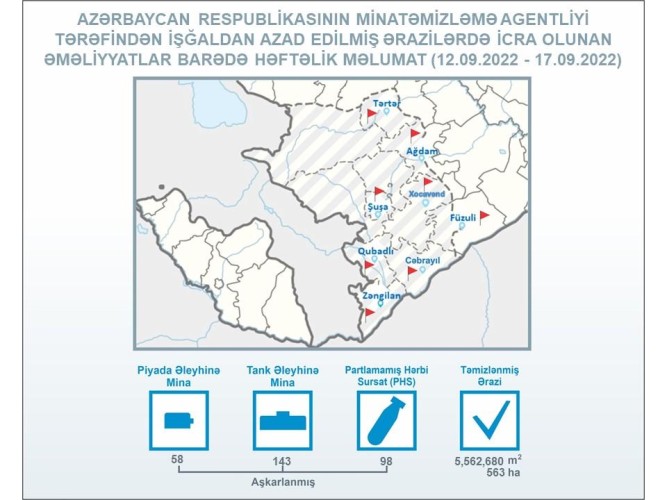