The Saki military airdrome near Novofedorovka is used by the Russian defense ministry, including for naval aircraft 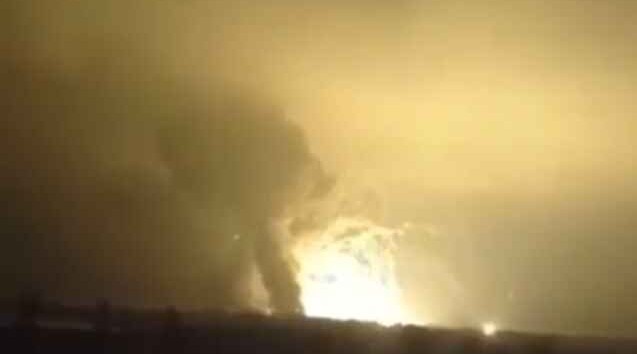 "We have blasts at the airdrome. All the windows are broken," she said.

Adviser to Crimea’s head, Oleg Kryuchkov, has confirmed reports about the explosions. "So far, I can only confirm that several blasts occurred near Novofedorovka," he wrote on his Telegram channel and asked to refrain from speculating about the accident until official reports are issued.

The Saki military airdrome near Novofedorovka is used by the Russian defense ministry, including for naval aircraft. Apart from it, the airdrome has a ground-based testing and training system NITKA, one of Russia’s two such simulators to drill the skills of takeoff and landing of ship-based aircraft. Its size is equivalent to the flight deck of the Admiral Kuznetsov aircraft carrier.