It’s impossible to tell the subject of the destroyed documents 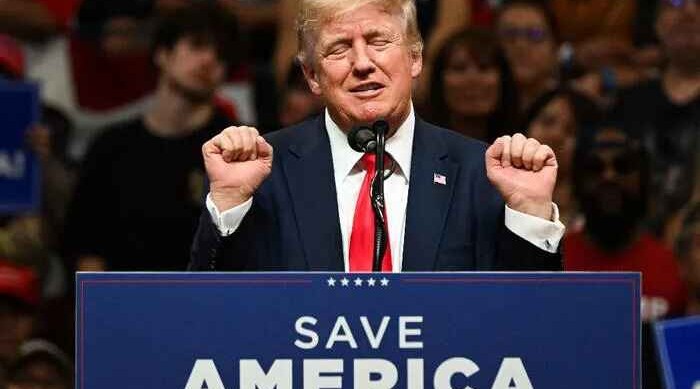 Despite Trump’s denials, the photos show scraps of paper in two toilet bowls with his distinctive handwriting on them.

"Some (Trump) aides were aware of the habit, which he engaged in repeatedly," Haberman told Axios, which published the incriminating potty pics. "It was an extension of Trump’s term-long habit of ripping up documents that were supposed to be preserved," she added.

According to the report, one of the photos is of a toilet in the White House while another is from a foreign trip.

It’s impossible to tell the subject of the destroyed documents. But the name "Stefanik," apparently a reference to upstate Rep. Elise Stefanik, is legible on one piece of paper.

Trump derided the new report through his spokesperson, Tyler Budowich.

"You have to be pretty desperate to sell books if pictures of paper in a toilet bowl is part of your promotional plan," said Budowich.

The twice-impeached president was notorious for ripping up documents in his frequent rages, forcing aides to collect scraps that later had to be taped back together and submitted to the U.S. National Archives and Records Administration.

Trump also took several boxes stuffed with records, including papers marked "CLASSIFIED" with him to his Florida estate when he left the White House on Jan. 20, 2021.

The actions could violate the Presidential Records Act, which says that such records are government property and must be preserved.