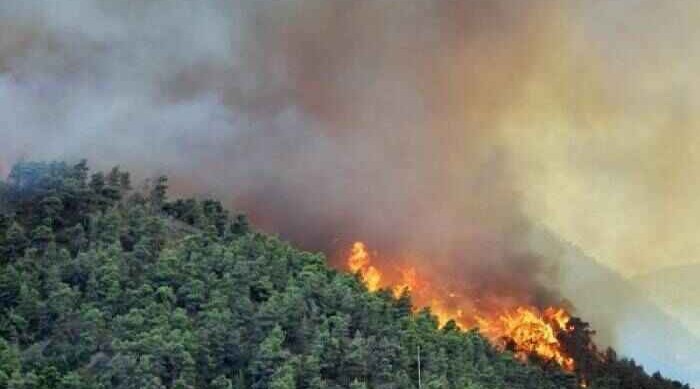 With a dangerous cocktail of blistering temperatures, tinder-box conditions and wind fanning the flames, emergency services were struggling to bring the fire under control.

"It's an ogre, a monster," said Gregory Allione from the French firefighters body FNSPF said.

Heatwaves, floods and crumbling glaciers in recent weeks have heightened concerns over climate change and the increasing frequency and intensity of extreme weather across the globe.