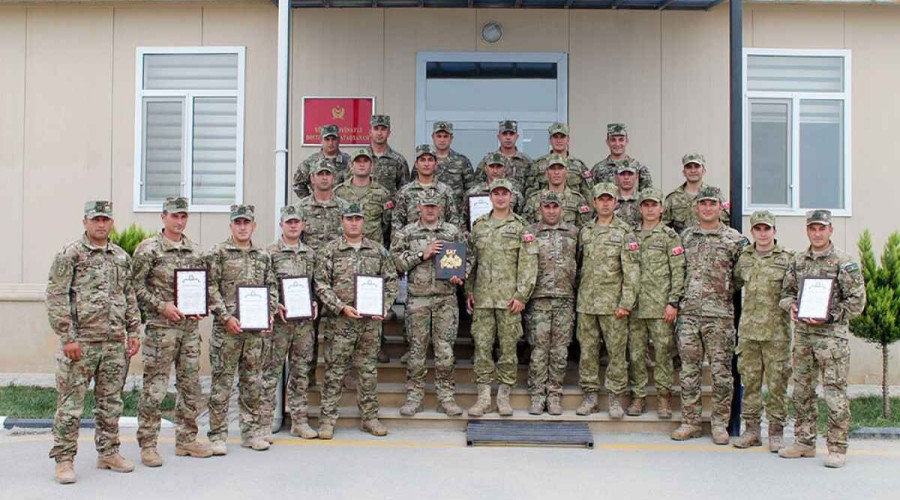 An event dedicated to the completion of the exercises of Azerbaijani and Turkish underwater offence and defence groups was held in the Naval Forces, Ministry of Defense told Qazet.az.

Speaking at the event, the Commander of the Azerbaijan Naval Forces, Rear Admiral Subhan Bakirov noted that the tasks assigned during the exercises were successfully and professionally carried out by the servicemen of the two fraternal countries.

It should be noted that the main objective of joint exercises with the participation of the armies of the two fraternal countries was to improve the interoperability of the units during combat operations, to ensure coordination while carrying out special tasks, as well as to develop professionalism and unit management skills.