Carlsberg Azerbaijan, the largest beer producer in the country, has started producing beer from local barley for the first time 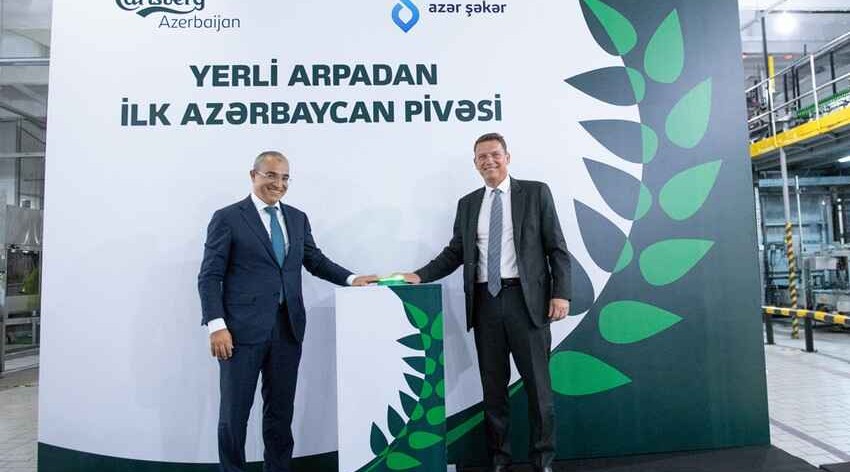 Carlsberg Azerbaijan, the largest beer producer in the country, has started producing beer from local barley for the first time.

According to the Ministry of Economy, on September 16, the first production line of local barley beer brand Khirdalan was opened at the plant.

Jabbarov stressed the importance of the measures taken in accordance with the Memorandum of Understanding signed between the Ministry of Economy and Carlsberg Azerbaijan in May this year. The Minister of Economy noted that the expansion of the activities of Carlsberg Azerbaijan, which has invested more than AZN 55 million in the field of beer production, and the localization of the raw material base is noteworthy.

Lars Lehmann said that barley grown in Azerbaijan met all the company's standards. He emphasized the importance of the raw material base localization project, noting that it was a successful experience to increase investment attractiveness in Azerbaijan.

Maltsev stated the company was working with partners to localize barley, as well as other raw materials used in the brewing industry. Carlsberg Azerbaijan and AzerSeker launched a pilot project to localize barley in 2019. Based on the laboratory studies, the sown areas were expanded in 2020. The production of beer from local barley began in 2021. In January-July this year, the company invested AZN 2.5 million in production. Starting from 2022, it is planned to use local barley in the production process.