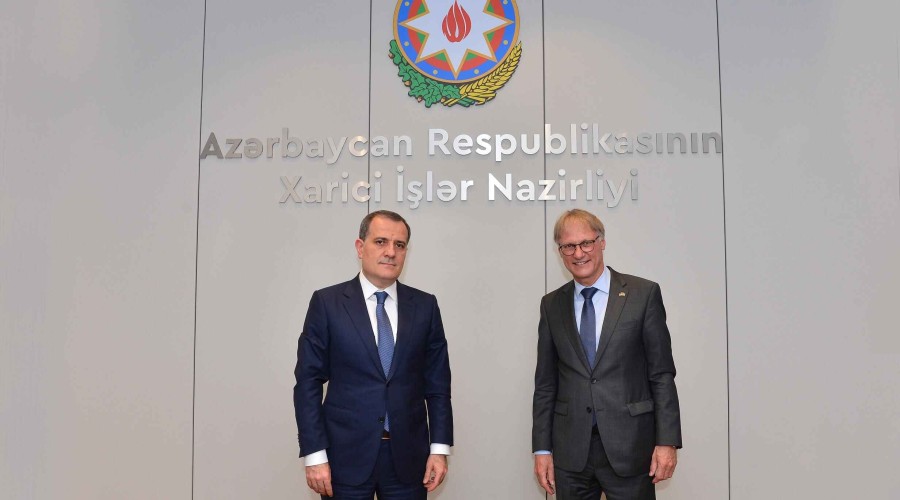 Noting that a new government has been formed in Germany and a new chancellor has been elected, Ambassador Wolfgang Manig said that importance was attached to strengthening relations with Azerbaijan. He stressed that relations between the two countries are of strategic importance, especially in the energy sector. Speaking about the new government's intentions to switch to alternative energy in Germany, the ambassador said that natural gas plays the role of transition energy in this regard. The ambassador briefed on next year's Berlin Energy Transition Dialogue.

Minister Jeyhun Bayramov congratulated the ambassador on the election of a new chancellor and a new government in Germany. He expressed hope that friendly and high-level cooperation between the two countries would continue with the new government. Emphasizing that Azerbaijan is a reliable partner of Europe, including Germany, in the energy field, the minister said that green energy and climate issues are on the agenda of the Azerbaijani Government. The minister informed the German ambassador that the liberated territories of Karabakh had been declared a green energy zone by President Ilham Aliyev.

Minister Jeyhun Bayramov also briefed the German ambassador on the latest situation in the region, including the steps taken by Azerbaijan to normalize relations with Armenia. He noted that Armenia has not yet responded to these steps but continued provocative actions, undermining the peace process.

The sides exchanged views on ensuring peace and security in the region in the post-conflict period, as well as other issues of mutual interest.