Azerbaijani President: Everyone can see that no-one can stand above the law

“In your day-to-day activities, you should work in such a way that citizens are pleased with you, the development of the districts is accelerated” 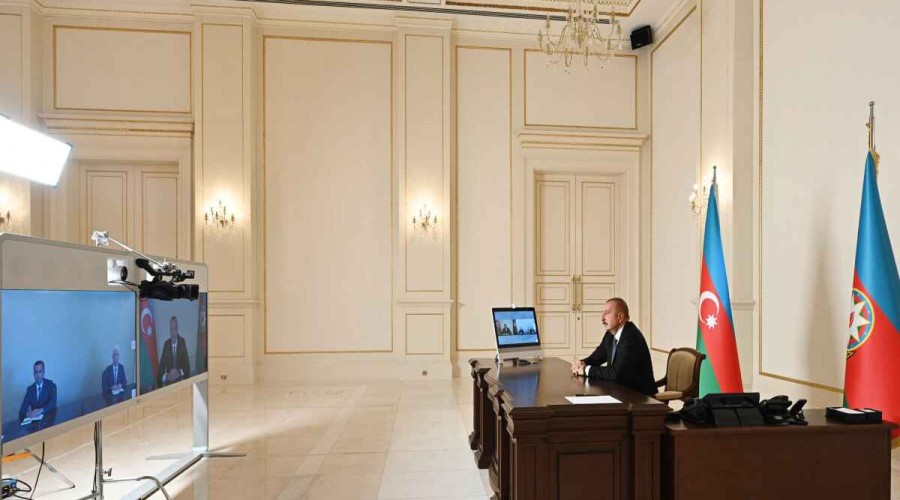 "In your day-to-day activities, you should work in such a way that citizens are pleased with you, the development of the districts is accelerated. You should take the initiative to attract investors and create conditions for entrepreneurs. Unfortunately, however, we see the exact opposite in real life," said President of the Republic of Azerbaijan Ilham Aliyev as he received in a video format Rafig Jalilov due to his appointment as head of Jalilabad District Executive Authority and Rashad Taghiyev due to his appointment as head of Shamkir District Executive Authority, Qazet.az reports.

"As a result of that and also because of the serious shortcomings, violations, bribery and corruption, the former heads of executive authority of both Jalilabad and Shamkir districts are being prosecuted. Everyone can see that no-one can stand above the law, that everyone is equal before the law. No-one has immunity, this is out of the question. I give these recommendations when appointing all government officials. However, those who worked in these positions before you were only concerned about their personal interest, were engaged in looting, bribery and corruption, were indifferent to people’s needs, were dealing only with their own problems and personal businesses, not the day-to-day problems of the districts. And this, of course, caused legitimate dissatisfaction of the population. After all these facts came to light, both heads of executive authority were fired, of course, and will now be held accountable. An investigation is under way. The investigation will show everything. However, preliminary data, including evidence and investigative materials, suggest that the prosecution of these people was fully justified," noted the President.