Azerbaijani President: We are ready to start working on peace treaty with Armenia, but we must never forget the period of occupation 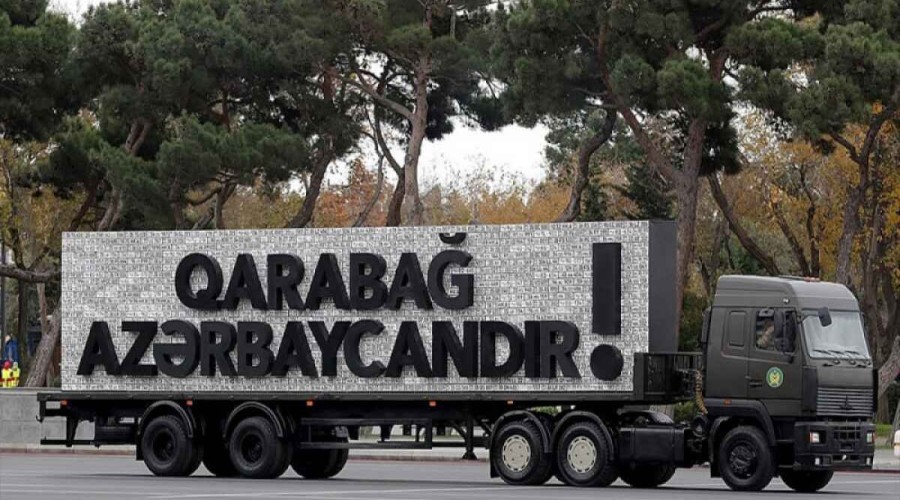 "First of all, it is a demonstration of our Victory. It is a demonstration of the Victory achieved in difficult battles. Because, let me say this again, we shouldn’t have and we never underestimated the enemy in any way. They were very well armed," said President Ilham Aliyev while responding to the question regarding the Park of Spoils of War in Baku in his interview to editor-in-chief of Russian influential “Natsionalnaya oborona” magazine, well-known military expert Igor Korotchenko, Qazet.az reports.

"And there, of course, we display only a small fraction of what was destroyed and captured. A complete list of all the trophies and destroyed military equipment is available in the media, I have voiced it. Therefore, first of all, it is a demonstration of our victory, it is a tribute to the victims, it is about the upbringing of the younger generation, a generation of people who will already live as representatives of a victorious nation. These are completely different emotional feelings, a completely different state. Perhaps those who have not experienced the hardships of the occupation, physical and mental anguish, a constant feeling of injustice, a constant feeling of oppression may find it difficult to understand the feelings experienced by the Azerbaijani people, who turned from a people who were expelled from their lands into a victorious nation in a matter of 44 days. This is a serious feeling.

Also, one of the symbols of this Park is that we should never forget this war. I have repeatedly said that yes, the war is over, we are ready to turn the page, we are even ready to start working on a peace treaty with Armenia, but we must never forget the period of occupation and our victims, the innocent victims of Khojaly, our dead killed civilians and military. And in order for this memory to be preserved forever, this Park is necessary. Also displayed there, albeit to a small extent, is the inhuman attitude of Armenian commanders towards their servicemen. We were finding people in abandoned trenches who were chained to those places. In the military trucks were destroyed there, we found their drivers who were tied to the steering wheel with chains so that they could not run away. It is just barbarism, and everyone should know this – both their patrons, those who propagated them throughout the years of occupation, and our own citizens. In other words, this has such a great symbolic meaning, and we chose a place, perhaps the best in the city. This place has long been empty, there used to be some kind of outbuildings, some kind of enterprises there. This place was not a boulevard before. When we built the boulevard in that direction, we cleared this place and just kept it in reserve. We thought it would come in handy one day. And it did come in handy. In the same place nearby – the project has already been approved – there will be a Museum of War, a Museum of Victory. We will probably begin the construction of the Museum of Victory in the near future," the head of the state noted.