Azercell - “Future’s close to you”

The leading mobile operator discloses the report for 2021 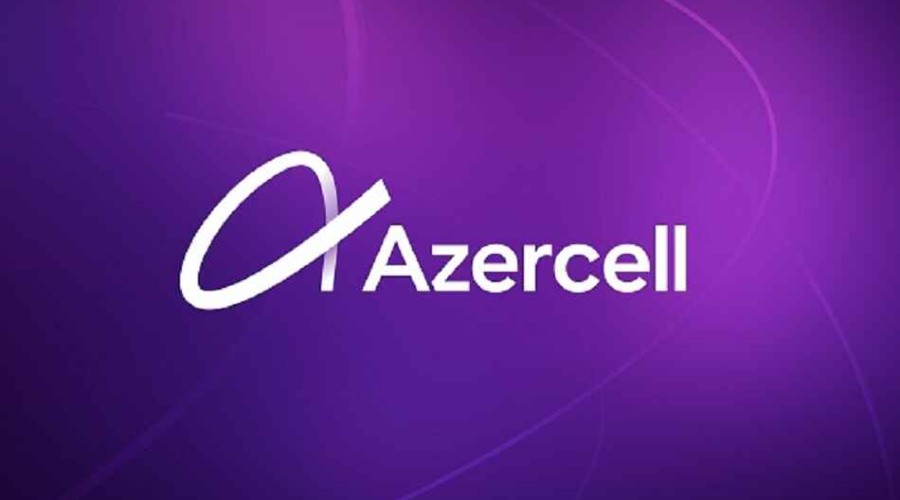 Aiming to transform digitalization into a daily lifestyleof each and every subscriber by applying the latest technological trends in Azerbaijan, Azercell Telecom LLC celebrated its 25th anniversary in 2021.

The most preferred mobile communication providerby Azerbaijani citizens with over 5 million subscribers, Azercell's updated strategy of "Easing connectivity, empowering lives!" is steadily leadingthe company to this goal. Based on this strategic goal, Azercell will provide convenient and advanced digital solutions in the country to meet the ever-increasing needs of its subscribers and even exceed their expectations. The company's new brand motto - "Future’s close to you" - embodies the ideas of improving people's quality of life, increasing safety and integration into the world through innovative digital solutions.

Announcing a new era of strategic development, the leading mobile operator ended FY2021 with productive operation, new initiatives and significant innovations. Despite the outcomes of the global recession, Azercell Telecom has managed to complete the past year with the significant achievements. As one of the largest taxpayers in the non-oil sector of Azerbaijan, which has a 51.8% share in the country's mobile communications market in 2021, the company paid AZN 122.7 million to the state budget in 2021 and more than AZN 2.1 billion in 25 years. The mobile operator invested USD 44.7 million in the development of telecommunications in Azerbaijan in 2021, and over USD 1.7 billion in 1996-2021.

During the war, the technical team of Azercell, which followed the footsteps of our army along the entire front, launched a 4G network in our liberated historical lands, as well as in the ancient city of Shusha. This activity continued in 2021 and resulted in the operation of more than 70 Azercell radio base stations in 2G / 3G / 4G standards in our liberated lands. Today, Shusha, Aghdam, Fuzuli, Jabrayil, Zangilan, Gubadli, Kalbajar districts, Istisu, Hadrut, Sugovushan settlements, many villages and surrounding areas of Khojavend and Lachin districts are covered by Azercell's mobile network.

Currently, the company's geographical coverage is 94.15%, including the liberated territories of the country, while the population coverage is 98.70%. Azercell Telecom, which is always at the forefront of quality and fast mobile internet services, has successfully continued the activities to improve 4G network in our country over the year. As a result, Azercell's 4G network coverage reached 85.8% and geographical coverage by 74.5% in 2021, which is 2% more compared to the previous year. According to the results of 2021, the total number of stations operating on Azercell's 4G network has reached 3,000. Azercell also achieved an impressive 24%increase in the volume of data transmitted over the 4G network and Internet speed. Thus, according to the indicators of 2021, the average speed in Baku and the Absheron Peninsula has increased to 51 Mbit / s.

In addition, Azercell finalized works on providing easy and uninterrupted connection in Baku Metro, covering all 24 metro stations and tunnels with a 4G network as a result of a two-year project. Thus, Azercell subscribers can enjoy non-stop mobile internet services chatting with their friends, watching videos and listening to music even when the train is in motion.

In accordance with the order of the President of the Republic of Azerbaijan Ilham Aliyev on accelerating the implementation of the "Smart City" and "Smart Village" concepts in the liberated territories, Azercell achieved success in launching advanced technologies through its mobile network. Thus, in addition to rapidly expanding its 4G network in the freed territories, the operator became the first operator to successfully test a low-energy sensors network based on Internet of Things (IoT) technologies for the "Smart City" and "Smart Village" concepts.

In order to support the construction works in the liberated territories, Azercell made it easier and faster for its subscribers to make donations to the Karabakh Revival Fund through the "Kabinetim" app. In addition, Azercell was the first to provide customer service in those areas. During the visit of the company's Mobile Customer Service team to Shusha, about 200 subscribers were served on the spot, more than 50 different customer operations were carried out.

Despite the ongoing social isolation in 2021, Azercell's various service channels, as always, managed to achieve high results in this area by applying a more intensive and efficient response system to customer inquiries. Thus, in 2021, Azercell's Call Center received more than 3 million calls in total, of which 97.5% were answered, 818,136 inquiries were received through online channels, with the response rate of 96%. Over the past year, Azercell received more than 479,000inquiries from its official Facebook, Instagram, Twitter, Youtube and LinkedIn pages. Moreover, the company's Front Desk, Azercell Express, Azercell Exclusive offices, as well as Mobile Customer Service, provided face-to-face service to more than 800,000 subscribers during 2021.

Last year, the long-awaited 010- prefixed numbers were introduced to the mobile market of Azerbaijan with the slogan “The winner’s choice”. As a manifestation of the endless respect for those who gave us the glorious victory in the Patriotic War, all citizens with the status of war veterans received a new "Veteran Tariff" from Azercell.

Implementing its new digital policy for both consumers and business customers of different sizes, Azercell implemented a number of innovations in 2021 for its corporate subscribers. Thus, for the first time in the country's mobile market, the company has introduced a "My Business Fleet" solution based on the Internet of Things (IoT) technology. At the same time, the Business Club, which has gained popularity among Azercell's corporate clients, was launched as part of the “Business Loyalty” program. Club members received discounts on communication expenses, gift devices, unique trainings at Azercell Academy, invitations to corporate events and other exclusive offers. In addition, webinars on "Leadership" and "Customer-oriented Service Culture" were organized for corporate clients. The company also introduced “My Business Web” solution ad high-speed “GigaMax” unlimited internet packages.

A number of innovations have been introduced in the operation of the "Kabinetim" app, which allows Azercell subscribers to fully control their numbers. As a result, the number of people downloading the "Kabinetim" exceeded one million.

In order to make it easier for subscribers to use digital solutions, last year the range of services was expanded through the platforms "Kabinetim", "IBA Mobile" and "Umico".

Over USD 257,000 was spent on Corporate Social Responsibility projects implemented by Azercell in 2021, while the amount spent over 25 years exceeded USD 22 million.

Azercell Telecom, a proud partner of the National Olympic Committee, the National Olympic and National Paralympic Teams in 2021, supported the participation of Azerbaijani athletes in the XXXII Summer Olympic Games and XVI Summer Paralympic Games. Last year, the VI Children's Paralympic Sports Games were held in our country in partnership with the company. About 120 children with special needs in 5 sports took part in these competitions held since 2014 with the support of Azercell.

Preparing for the International Olympiads in Informatics with the support of Azercell Telecom LLC, a proud partner of the Ministry of Education of the Republic of Azerbaijan, our young fellows repeatedly achieved high results in prestigious knowledge competitions over the past year. Thus, these schoolchildren successfully represented our country at various international Olympiads in computer science and won 10 medals.

Attaching high importance and value to the cultural heritage, Azercell, on the occasion of the 880th anniversary of Nizami Ganjavi, compiled more than 100 excerpts from the works of the great Azerbaijani poet and philosopher in the format of an audiobook. The works were performed in Azerbaijani, Turkmen, French and Russian languages ​​accompanied by ancient stringed instruments and uploaded to the Bookmate app. Also, two famous works of Nizami Ganjavi were prepared in the comic genre. Last year, the epos "Koroglu", which embodies the history of patriotism and heroism of our people, was prepared in a different and digital format and uploaded to the Bookmate app.

Established 11 years ago with the support of Azercell, the Azerbaijan Children's Hotline continued its activities during the lockdown providing psychological assistance to about 5,300 children.

In the first months of 2021, Azercell's Mobile Dental and Eye Clinics served more than 400 low-incomecitizens in need of special care in compliance with all safety and hygiene regulations.

Azercell is also focussed on the families of our brave martyrs and veterans who fought for the freedom of our lands and brought us to our native Karabakh. About 300 children of martyrs and their mothers were involved in a special rehabilitation program within the "Big Memories in Little Hearts" project implemented by the company.

On the initiative of Azercell's charity group "Azercell Volunteers" consisting of company employees, holiday gifts and coupons were presented to the families of World War II martyrs, war veterans and their children as part of the "Novruz Gifts" and "Meet the New Year with gifts from volunteers" campaigns covering all regions of Azerbaijan.

Azercell, which has always attached special importance to the development of professional staff in the country, spent about USD 879,000 on human capital development in 2021, and USD 26.8 millionover 1996-2020.

Over 2021, 6 business schools of Azercell Academy Training Center conducted 211 foreign and 80 in-house trainings attended by 2316 participants from various organizations and companies operating in the country.

Azercell also continued the Student Bursary and Internship programs, which are popular among the youth. The latest innovation implemented in the project was that in 2021, when Azercell awarded scholarships to the children of martyrs who became students and to the spouses of our servicemen who sacrificed their lives for the motherland. In addition, 23 students who fought valiantly in the Patriotic War with the major in Communication and Information Technologies in different cities of the country joined the Student Bursary Program in 2021 at the invitation of Azercell.

During the pandemic period, Azercell launched the "Education" internet package for pupils and students studying remotely on the Microsoft Teams platform, as well as teachers working in remote mode.

Azercell, which has always taken special care to expand the rights and opportunities of women in society, to train them as professionals, organized an online discussion on "The role of women in ICT" through the Clubhouse platform.

As a result of the transparency strategy implemented throughout its operation, the country's leading mobile operator Azercell Telecom was once again awarded a certificate of compliance with ISO 37001: 2016 "Anti-Corruption Management System" standards in 2021. A certification audit conducted by Turkey's Denetic International Documentation and Surveillance Services, accredited by the largest US accreditation body, ANAB (ANSI National Accreditation Board), once again confirmed that Azercell's anti-corruption program meets all the requirements.

The company's intense activity in various areas also drew the attention of the local and international community. The project #QadınDediyin (#WomanShould) initiated by Azercell and gatheredmillions of views on social media, received a private award “For Bravery” at White Square, one of the largest creative festivals in Eastern Europe.

The International Business Awards held an event gathering the winners of the prestigious STEVIE Award. The achievements of Azerbaijan's leading mobile operator Azercell Telecom were praised by the jury of the STEVIE International Business Awards. It should be noted that Azercell Telecom LLC as the winner of a Gold Stevie® Award in the category of “The Most Innovative Company of the Year” for its readiness to apply the concept of “low-power consumption” sensors based on the Internet of Things (IoT).

Azercell Telecom, which has been serving Azerbaijan for more than 25 years, aims to provide quality, innovative and affordable communication services to its subscribers. Aiming to improve the quality of human life through digitalization by bringing the latest technological solutions in the world to our country, Azercell expresses its gratitude to all of its subscribers for their trust and choice!