During the meeting, they expressed satisfaction with the development of cooperation between the Azerbaijani government and the Jewish community and exchanged views on prospects 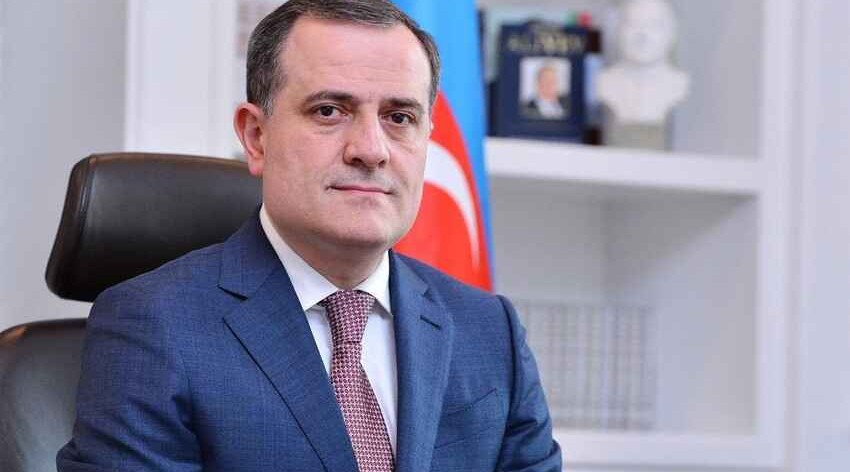 Foreign Minister Jeyhun Bayramov met with representatives of the American Jewish Committee (AJC) and the Coalition of American Jewish Organizations as part of his participation in the 76th session of the UN General Assembly.

During the meeting, they expressed satisfaction with the development of cooperation between the Azerbaijani government and the Jewish community and exchanged views on prospects.

FM gave detailed information about the traditions of inter-religious harmony, tolerance, and multiculturalism in Azerbaijan. Bayramov said that along with Islam, people of Christian, Jewish, and other religions live in mutual understanding, good neighborliness, and peace in our Muslim-majority country. He noted that Azerbaijan attaches great importance to establishing close ties with Jewish communities worldwide, emphasizing that our country has many synagogues, schools, and cultural centers.

The sides also exchanged views on the latest situation in the South Caucasus region, the Azerbaijani Patriotic War, and the consequences of this war. He informed his interlocutor about the large-scale restoration and construction work carried out by Azerbaijan in the territories liberated from Armenian occupation and spoke about the purposeful destruction of Azerbaijani territories by Armenia and the looting of cultural heritage during the invasion.

Representatives of the committee expressed satisfaction with the kind attitude, attention, and care shown to Jews living in Azerbaijan and thanked the Azerbaijani government for its support and care for the Jewish community in the country. The meeting noted that the existence of the Jewish community in Azerbaijan, which has lived in peace and tranquility for many centuries, has given additional impetus to the development of a strong partnership between Azerbaijan and Israel.

The parties also talked about the prospects for the development of Azerbaijan's relations with the United States.