The remarks came a day after Australia, Britain and Canada joined the United States in barring their government officials from attending the Games 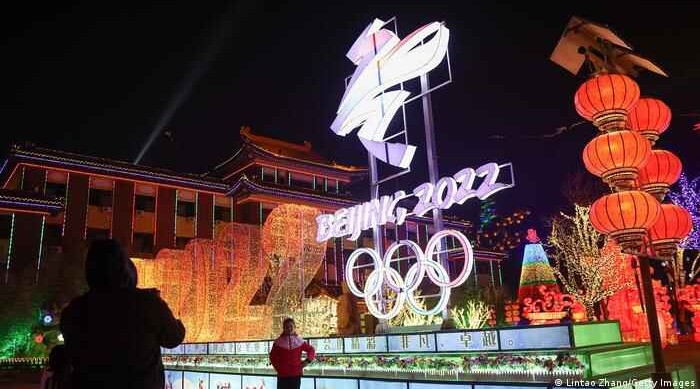 China slammed the US, Britain, Canada and Australia for using "the Olympic platform for political manipulation" after they announced a diplomatic boycott of the Winter Games over China's poor human rights record.

China's Foreign Ministry on Thursday issued a warning to four Western countries for their diplomatic boycotts of the upcoming Winter Olympics in Beijing.

"The US, Australia, Britain and Canada's use of the Olympic platform for political manipulation is unpopular and self-isolating, and they will inevitably pay the price for their wrongdoing," Foreign Ministry spokesperson Wang Wenbin said.

The remarks came a day after Australia, Britain and Canada joined the United States in barring their government officials from attending the Games, citing China's human rights violations.

French Foreign Affairs Minister Jean-Yves Le Drian said Thursday that a common European stand regarding the diplomatic boycott of the Games was necessary.

"Sports is a world in itself, which must be protected from political interference, otherwise [...] we can end up by killing the competition," Blanquer said on French broadcaster BFM TV.

Mayer said he does believe it "very important to use the Winter Olympics in Beijing in order to discuss certain issues like the rule of law, and especially the human rights issues, with the government of China."

While the diplomatic boycott does not affect the athletes' ability to compete in the Games, International Olympic Committee (IOC) chief Thomas Bach warned that the politicization could threaten the future of the Olympics.

"If we would start to take political sides on one way or the other we would never get all the 206 national Olympic committees to the Olympic Games," Bach said after an IOC Executive Committee meeting on Wednesday.

Rights groups have called for a full boycott of the 2022 Beijing Winter Games, citing Chinese human rights abuses against its Uyghur minority in the northwest Xinjiang province, which some have called genocide.