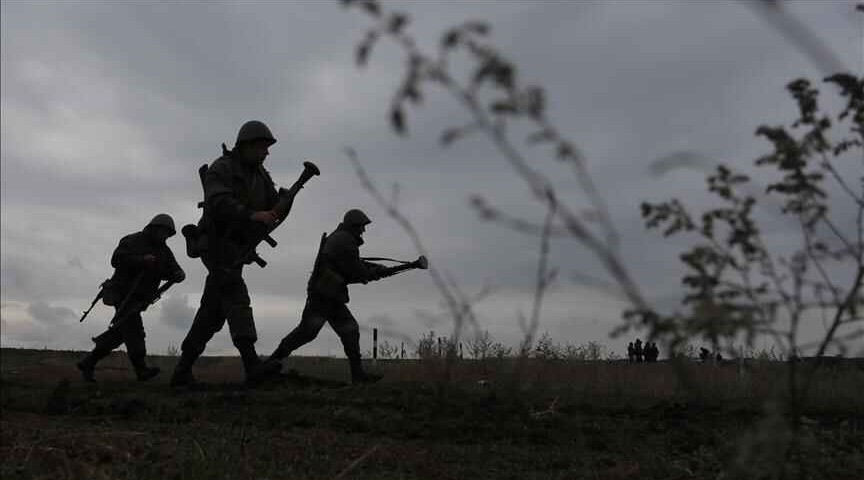 "The leaders discussed Russia’s destabilizing military buildup along Ukraine’s border and the need for a united, ready and resolute NATO stance for the collective defense of Allies," the statement said.

Over the phone, Biden stressed the US commitment to continued close consultation and coordination with the country's Transatlantic Allies and partners, noting that they "work towards de-escalation of the current crisis through deterrence, defense and dialogue."

Moscow has recently amassed tens of thousands of troops near Ukraine's border. The move has prompted concerns that Russia might carry out military aggression. According to Ukrainian officials, Moscow could trigger a large-scale escalation in January.

In 2014, Moscow began to support separatist forces in eastern Ukraine against the central government, a policy that it has maintained for the past seven years.

For the second time this year, Moscow concentrated a significant number of troops in and around Ukraine last month.

The European Union has been applying restrictive measures in response to the Ukrainian crisis since 2014.

Currently, 185 people and 48 entities are on the bloc’s blacklist for violating Ukraine’s territorial integrity and sovereignty.

Separate economic sanctions on Russia’s finance, energy and defense sectors are also in place because of Moscow’s reluctance to fully implement the 2014 Minsk Protocol meant to establish peace in eastern Ukraine.