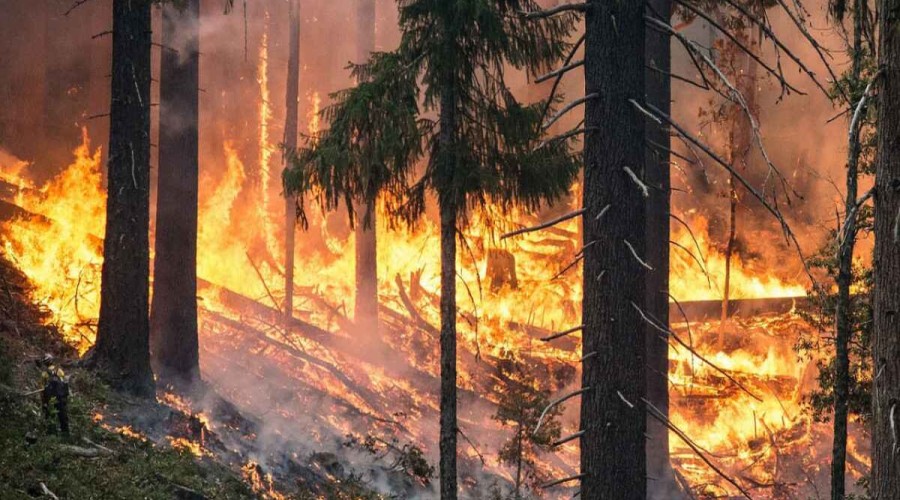 Wildfires have scorched a record amount of forest and steppe land in Russia so far this year, an area amounting to half the size of Germany, an environmental organization says.

Qazet.az reports citing The New Daily that Greenpeace says it estimates, based on satellite data, that more than 17.6 million hectares have burned, breaking the previous record of 16 million hectares set in 2016.

Greenpeace Russia’s Grigory Kuksin told reporters there was no end in sight to this year’s fire season, which has been fuelled by hot and dry conditions that scientists say is a clear result of climate change.

He said fires were still raging in the grassy fields of Russia’s south, while many of the blazes that had burned across vast stretches of Siberia this summer have been extinguished, in part because the snow has started to fall in some place.

The most severely affected area has been the sparsely populated republic of Yakutia in eastern Siberia, more than 4000 kilometers from Moscow.

The fires have been so widespread that even people not directly threatened by the flames have suffered, with hundreds of villages and dozens of towns across Russia engulfed in smoke.