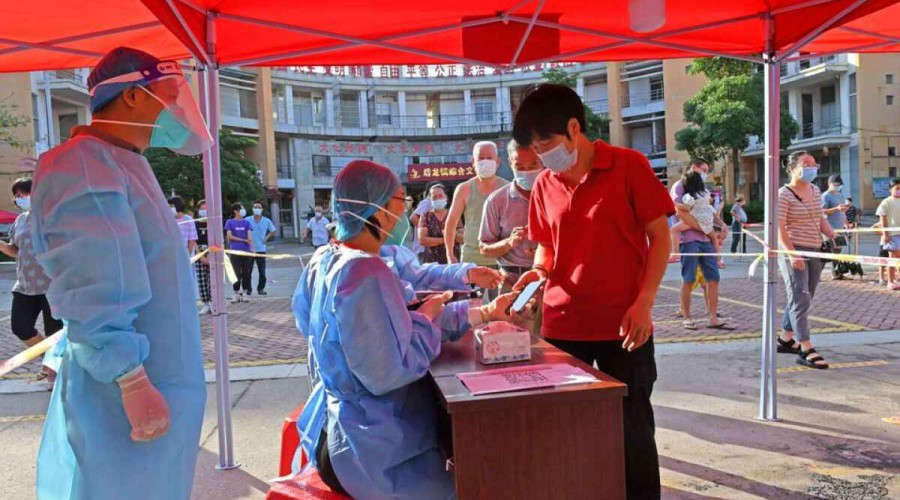 The National Health Commission said 59 new locally transmitted cases were reported for Sept. 13, up from 22 infections a day earlier. All of them were in Fujian, a province bordered by Zhejiang to the north and Guangdong to the south.

In just four days, a total of 102 community infections have been reported in three Fujian cities, including Xiamen, a tourist and transport hub with a population of 5 million.

The infections come ahead of the week-long National Day holiday starting on Oct. 1, a major tourist season. The last domestic outbreak in late July to August disrupted travel, hitting the tourism, hospitality and transportion sectors.

Fujian's outbreak began in Putian, a city of 3.2 million, with the first case reported on Sept. 10. Preliminary tests on samples from some Putian cases showed patients had contracted the highly transmissible Delta variant.