On a bitterly cold night, two police officers responded to a report of a dog running loose on a highway. They followed the dog -- and what they found moments later likely saved two lives. 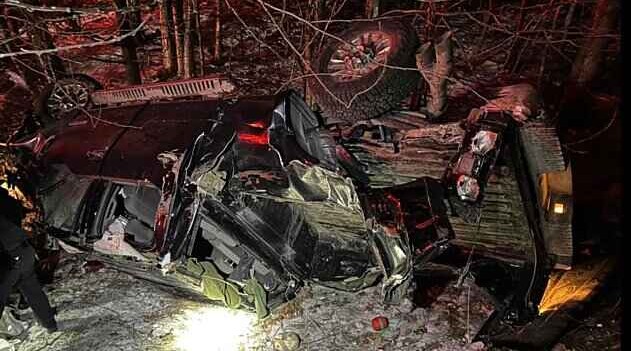 A dog is being hailed a hero after it led police to the mangled truck its owner had been driving with a friend when he crashed.

According to New Hampshire State Police, a trooper and Lebanon police officers responded to a report of a loose German Shepard on Interstate 89 at the New Hampshire-Vermont border in Lebanon late on Monday night. When the officers tried to get close to the dog, it refused to be corralled and continued to run northbound and crossed over the state line into Vermont.

“Almost alerting them to what was off the roadway," Lt. Daniel Baldassarre of New Hampshire State Police told NBC5 local news of the dog's behaviour.

A short time later, the trooper and officers found a damaged section of the guardrail near the I-89 and I-91 junction. According to New Hampshire State Police, the officers then "observed a badly damaged pickup truck that had rolled over. As the officers investigated further, they realized that both occupants of the pickup truck had been ejected from the vehicle and were hypothermic and seriously injured."