Erdogan: "Our only aim is to stop bloodshed since the start of war in Ukraine" 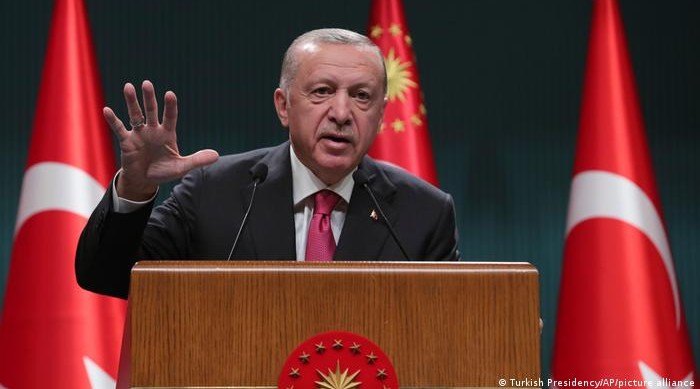 "Our only aim is to stop the bloodshed and establish peace since the start of the Russia-Ukraine war," said Recep Tayyip Erdogan said in an interview with local journalists while returning from his US visit, Qazet.az reports correspondent in Istanbul reports.

He noted that in 2014, after the annexation of Crimea, Turkiye has always expressed its commitment to Ukraine's territorial integrity, sovereignty, and political unity.