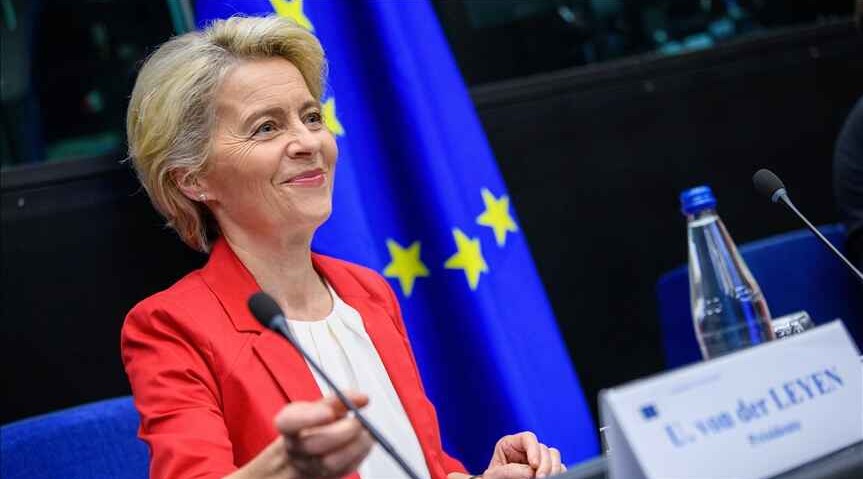 The EU's top official Ursula von der Leyen accused Wednesday Belarus of having launched a hybrid attack to destabilize Europe by inviting migrants and letting them pass to Europe.

“The regime in Minsk has instrumentalized human beings. They have put people on planes and literally pushed them towards Europe's borders,” the president of the European Commission told the European Parliament’s plenary session in Strasbourg, during her State of the Union speech.

“Let’s call it what it is: this is a hybrid attack to destabilize Europe,” she added, expressing support for Lithuania, Latvia, and Poland and strongly rejecting these acts.

“If you ask most Europeans, they would agree that we should act to curb irregular migration but also act to provide a refuge for those forced to flee,” she noted, urging EU governments to find a common ground on the topic that had been deeply dividing them since the 2015 migration crisis.

In August, EU countries bordering Belarus -- Lithuania, Latvia, and Poland -- requested the bloc’s help amid a dramatic rise in the number of irregular migrants from Iraq, Afghanistan, and Syria crossing their borders.

They accused Belarusian President Alexander Lukashenko of intentionally inviting “tourists” from countries that are the main source of migration to the EU to get back at the bloc over sanctions against his government.

In June, the bloc banned the overflight of EU airspace and access to EU airports for all Belarusian aircraft, following the forced diversion of a Ryanair flight to Minsk and detention of Belarusian journalist Raman Pratasevich and his partner.

Since October 2020, the EU has imposed sanctions against 166 individuals and 15 entities from Belarus for human rights violations.