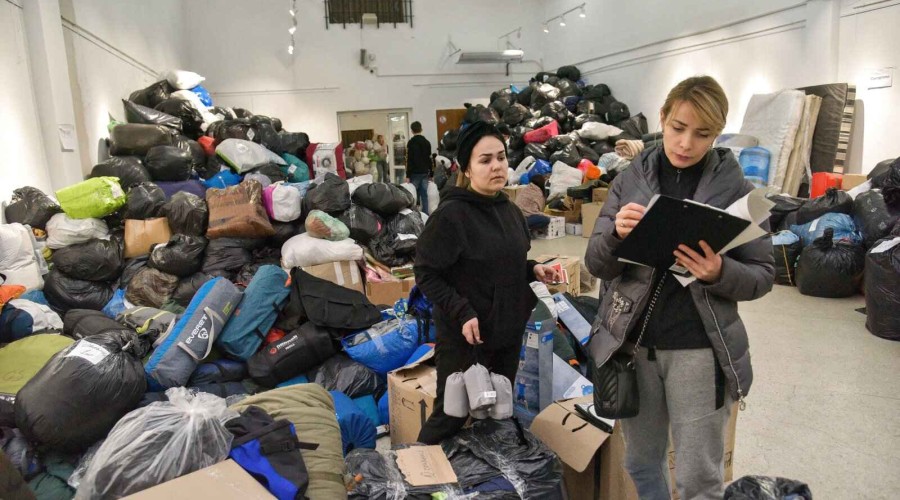 Conflict raged northwest of Kyiv on Saturday and other cities were encircled and under heavy shelling, while Ukrainian officials said fighting and threats of Russian air attacks were endangering attempted evacuations.

Deputy Prime Minister Iryna Vereshchuk had said the government planned to use agreed humanitarian corridors out of the besieged southern port city of Mariupol as well as towns and villages in the regions of Kyiv, Sumy and some other areas.

Qazet.az reports that the governor of the Kyiv region said fighting and threats of Russian air attacks were continuing during evacuation attempts and the Donetsk region's governor said constant shelling was complicating bringing aid into Mariupol.