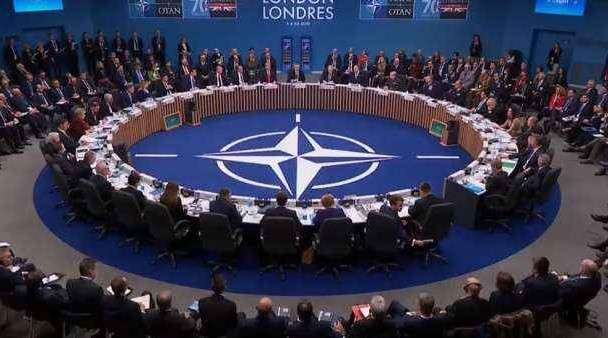 Finland and Sweden formally applied to join NATO on Wednesday, prompted by Russia's invasion of Ukraine and triggering one of the most significant changes in Europe's security architecture in decades, Qazet.az reports.

The applications came after more than 250 Ukrainian fighters surrendered to Russian forces at the Azovstal steelworks in Mariupol after weeks of resistance, bringing an end to the most devastating siege of Russia's war in Ukraine.

Finland and Sweden were both neutral throughout the Cold War and their decision to join NATO reflects the sweeping shift in public opinion in the Nordic region since Russia's Feb. 24 invasion.

It also brings about an expansion of the Western alliance that Russian President Vladimir Putin had long invoked as one of the main justifications for ordering his "special military operation" in Ukraine in February.

"This is a historic moment, which we must seize," NATO Secretary-General Jens Stoltenberg said at a ceremony in which the Swedish and Finnish ambassadors to the alliance handed over their application letters.

Ratification of all 30 allied parliaments could take up to a year, diplomats say.

Turkey has surprised its allies in recent days by saying it had reservations about the new prospective members, but Stoltenberg said he thought the issues could be overcome.