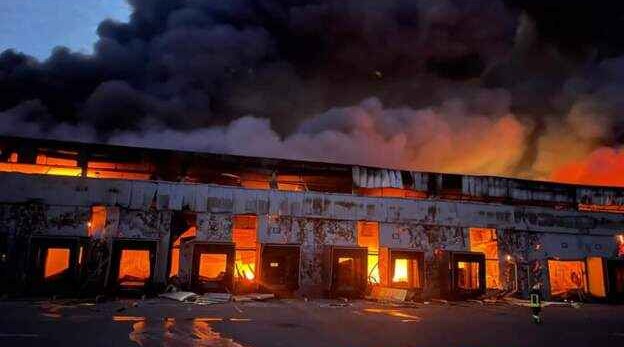 A frozen food storage warehouse in the region of Kyiv caught fire on Saturday as a result of shelling, Qazet.az reports according to a post by Ukraine's State Emergency Services (SES).

The shelling had taken place at 01:40 GMT on Saturday morning, they said.

Images published by the SES showed emergency workers racing to extinguish a massive blaze at what appeared to be a single-story warehouse, as towering plumes of smoke rose from the flames.

The SES said the fire had been localised as of 07:54 and that firefighters were still working to put out the flames.

No casualties have happened reported so far.