For the first time, the subject of Azerbaijani multiculturalism will be taught in the United States 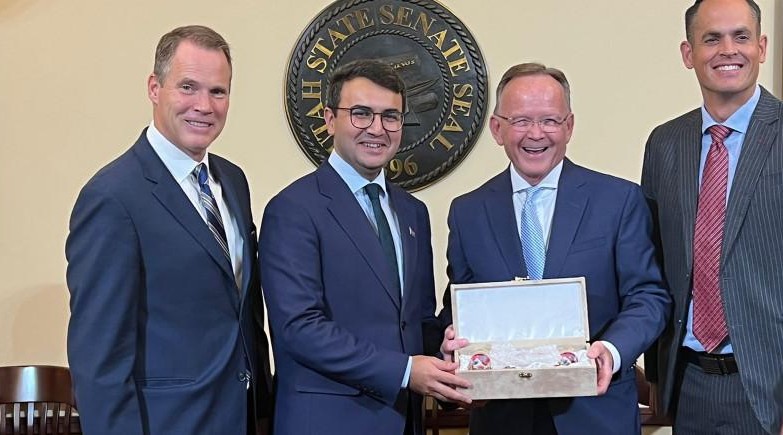 For the first time, the subject of Azerbaijani multiculturalism will be taught in the United States.

Qazet.az informs about this with reference to "Report".

It was reported that Ravan Hasanov, executive director of the Baku International Multiculturalism Center, who was on a visit to Utah, USA, held a number of important meetings. In a meeting with the Mayor of Salt Lake City Mrs. Erin Mendenhall and the Chairman of the Senate of the State of Utah, Mr. Stuart Adams, the executive director gave extensive information about the multiculturalism policy of Azerbaijan, the global initiatives of the President of Azerbaijan, Ilham Aliyev, which arouse wide interest in international organizations. At the meeting, at the same time, detailed information was given about the acts of vandalism committed against our cultural heritage in our historical lands freed from occupation during the 44-day Patriotic War and the contamination of our territories with mines. During the meetings, the books dedicated to the heritage of Karabakh, Shusha and Caucasian Albania published by the Multiculturalism Center in English were also presented.

The initial agreement regarding this project was reached thanks to the negotiations of the Baku International Center for Multiculturalism and the former consul general of Azerbaijan in Los Angeles, currently the ambassador of the Republic of Azerbaijan to Germany, Nasimi Agayev. 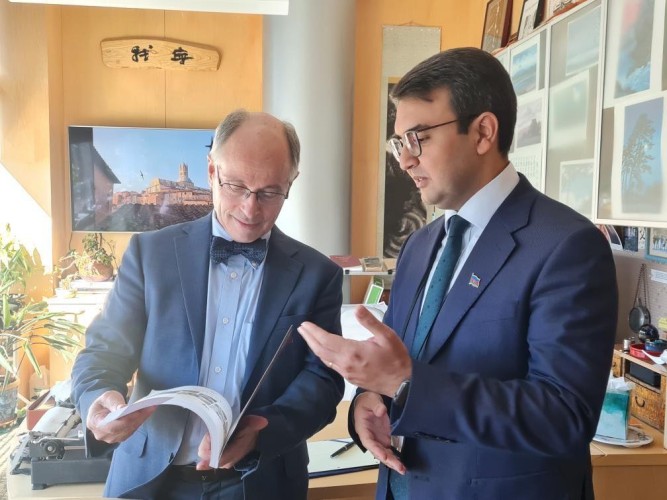