Saudi Arabia claims they have the wrong man 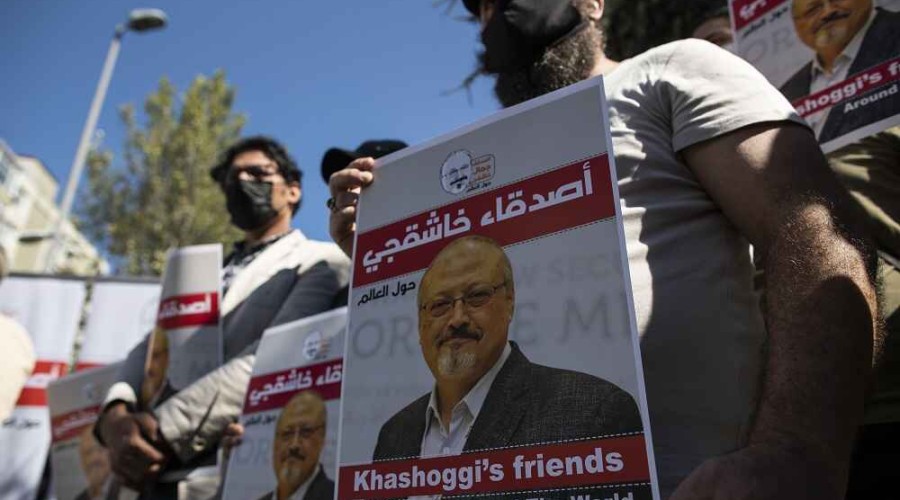 French authorities detained a Saudi national on a Turkish arrest warrant Tuesday before he boarded a flight to Riyadh at Charles de Gaulle Airport outside Paris. French police say the man, Khalid Aedh al-Otaibi, was part of a 15-member team sent to murder Saudi journalist Jamal Khashoggi inside the Saudi consulate in Istanbul in 2018.

Khashoggi, a Washington Post columnist targeted for criticizing Saudi Crown Prince Mohammed bin Salman, was killed and dismembered when he entered the consulate to get papers he needed to marry his fiancée.

Saudi Arabia's embassy in Paris said the man detained "had nothing to do with the case in question" and should be released immediately. "This is a case of mistaken identity," an unidentified Saudi official claimed. "Those convicted of the crime are currently serving their sentences in Saudi Arabia." A Saudi did convict and sentence five people to death and three to prison in 2019 for Khashoggi's death, but a United Nations investigator called the trial a "mockery" of justice because it did not punish the masterminds behind the operation.

The death sentences were also revoked after members of Khashoggi's family forgave the killers.

French police acknowledged Tuesday they don't know if they nabbed the right man. "It's still possible that this is the right person, just as it's still possible that it's the wrong person," a police spokesman said. Otaibi can legally be held until Thursday morning. He will be informed of his arrest warrant on Wednesday and either accept being transferred to Turkey or refuse and face possible extradition weeks or months from now, The Associated Press reports.

Bin Salman, the effective ruler of Saudi Arabia and widely believed to have approved Khashoogi's murder, is trying to rehabilitate his image on the world stage. French President Emanuel Macron met with him on Saturday, making him the first major Western leader to visit Saudi Arabia and the crown prince since Khashoggi's death. And Turkey's investigation into the killing appears to be petering out as it seeks to mend ties with Saudi Arabia and other Gulf states.

Human rights and press freedom groups welcomed France's move, though. "Sometimes governments close their eyes about people who are pursued by justice in another country," but France did not, Reporters Without Borders (RSF) director Christophe Deloire told AP. Otaibi "is someone we have been following for a long time."