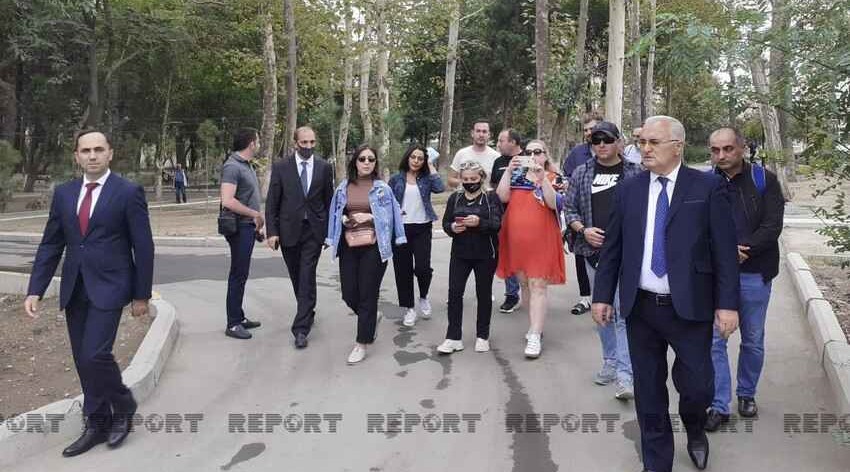 A group of Georgian journalists is on a visit to Ganja, Qazet.az informs.

They saw the areas where the terrorist acts were committed by the Armenian Armed Forces in Ganja during the Patriotic War.

As a sign of respect for the memory of those who died, they laid flowers at the site of the destruction. They got acquainted with the bitter events of terrorist acts.