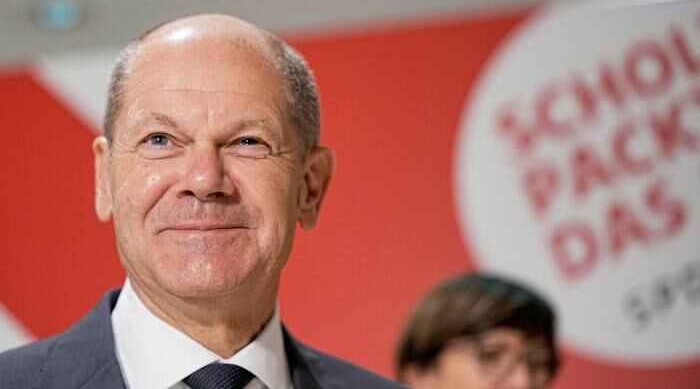 Scholz’s government takes office with high hopes of modernizing the European Union’s most populous nation and combating climate change, but faces the immediate challenge of handling Germany’s toughest phase yet of the coronavirus pandemic.

The 63-year-old, Germany’s vice chancellor and finance minister since 2018, brings a wealth of experience and discipline to an untried coalition of his center-left Social Democrats, the environmentalist Greens and the pro-business Free Democrats. The three parties are portraying the combination of former rivals as a progressive alliance that will bring new energy to the country after Merkel’s near-record time in office.

Scholz will need the support of at least 369 lawmakers in the 736-seat lower house of parliament to be elected as chancellor. The coalition partners have 416 seats between them, so he should be assured of a comfortable majority.

“We are venturing a new departure, one that takes up the major challenges of this decade and well beyond that,” Scholz said Tuesday, adding that if they succeed, “that is a mandate to be re-elected together at the next election.”

The new government aims to step up efforts against climate change, expanding the use of renewable energy and bringing Germany’s exit from coal-fired power forward from 2038, “ideally” to 2030. It also wants to do more to modernize the country, including improving its notoriously poor cellphone and internet networks.

It also plans more liberal social policies, including legalizing the sale of cannabis for recreational purposes and easing the path to German citizenship, while pledging greater efforts to deport immigrants who don’t win asylum. The coalition partners want to cut the voting age in national elections from 18 to 16.