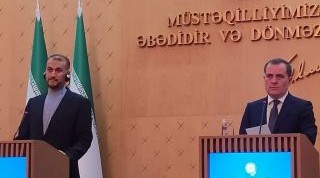 On September 21, a groundbreaking ceremony was held (online) of the Aghband highway bridge, which would be built on the state border with Iran, in the territory of the Eastern Zangezur economic region, with the participation of the Deputy Prime Minister of the Republic of Azerbaijan, Shahin Mustafayev, and the Minister of Roads and Urban Development of the Islamic Republic of Iran, Rustam Qasimi, Qazet.az local bureau reports.

The project will create additional opportunities for the countries of the region by serving to increase the potential of the East-West Transport Corridor, as well as the expansion of transport and economic relations in the region.