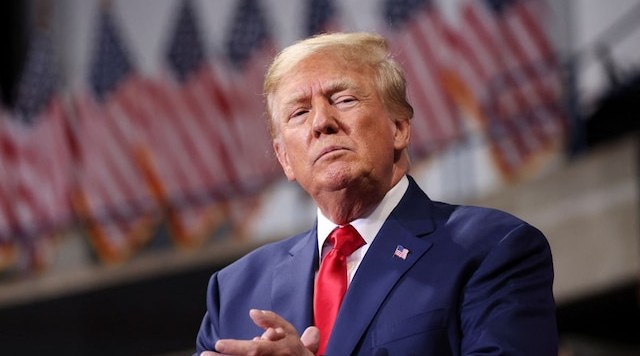 The House voted 229-203 on Wednesday to pass a bill aimed at preventing future election subversion, inspired by the investigation into Jan. 6 and a determination to prevent such an attack from occurring again.

The bill would amend the 1887 Electoral Count Act to remove any doubt that the vice president's role in counting Electoral College votes is simply ministerial. It would lift the threshold for members of Congress to force a vote on discounting presidential electors from just one member of the House and the Senate each to one-third of both chambers. And it would require governors to send electors to Congress for the candidate who won, based on state law set before Election Day, which cannot be retroactively changed.

Democrats unanimously supported the bill and were joined by just nine Republicans; 203 Republicans voted “no.”

Cheney, who has lost favor in her party for her sharp criticism of former President Donald Trump and participation in the Jan. 6 committee, had urged fellow Republicans to support the measure.

"If your aim is to prevent future efforts to steal elections, I would respectfully suggest that conservatives should support this bill," Cheney said on the floor. "If instead, your aim is to leave open the door for elections to be stolen in the future, you might decide not to support this or any other bill to address the Electoral Count Act."

House Republican leaders pressured their members to vote against the bill. In an email to Republican offices, they called it "the Democrats’ latest attempt at a federal takeover of elections."

“I’m not surprised at anything they do. It’s unfortunate. Because we are a better country than what we saw on Jan. 6,” he said.

The legislation now goes to the Senate, where a bipartisan group led by Sens. Joe Manchin, D-W.Va., and Susan Collins, R-Maine, has spent months working on a similar bill that will be reviewed by the Senate Rules Committee next Tuesday. It currently has 20 co-sponsors — 10 Republicans and 10 Democrats, enough to reach the 60-vot