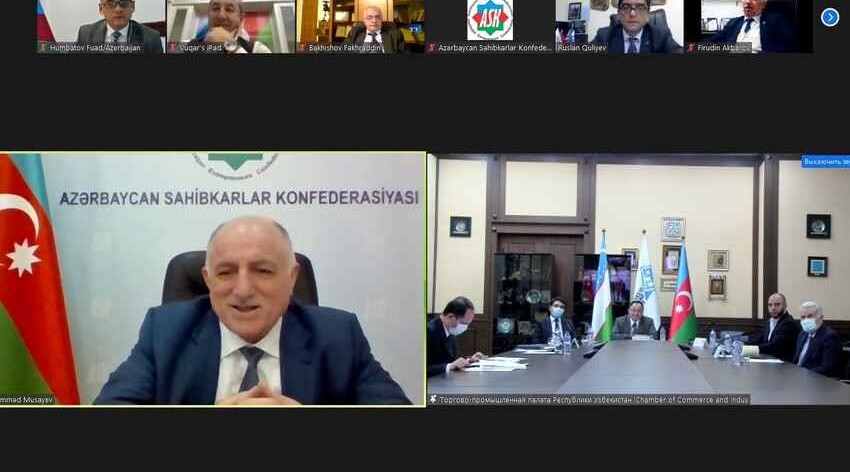 Uzbekistan can share its experience with Azerbaijan in creating cotton-textile clusters and is ready to contribute to the development of cotton growing as one of the traditional industries in Karabakh, Chairman of the Chamber of Commerce and Industry of Uzbekistan and co-chairman of the Uzbek part of the Business Council Adham Ikramov said this at the 2nd meeting of the Uzbek-Azerbaijani business council.

"We are ready to provide all kinds of support to Azerbaijani entrepreneurs," he added.

President of the National Confederation of Entrepreneurs Organisations of Azerbaijan Republic (ASK) and co-chairman of the Council from the Azerbaijani part, Mammad Musayev, said that the trade turnover between Azerbaijan and Uzbekistan over the past year increased to $ 8 million.

He stressed that Azerbaijan performed the function of an important transport corridor in the integration of Turkic-speaking countries and gave detailed information about the great prospects of the Zangazur corridor, the economic opportunities of lands in Karabakh.

Ambassador Extraordinary and Plenipotentiary of Azerbaijan to Uzbekistan Huseyn Guliyev, as well as Ambassador Extraordinary and Plenipotentiary of Uzbekistan to Azerbaijan Bakhrom Ashrafkhanov emphasized the existence of strong diplomatic relations between the two countries and expressed their readiness to support businessmen.

Vice President of ASK, President of Cahan Holding Vugar Abbasov drew attention to mutual investments between the two countries, stressing that the economic development of Karabakh opens up great opportunities for Uzbek investors.