In the last four months, 2,728 mines were discovered in Kalbajar and Lachin 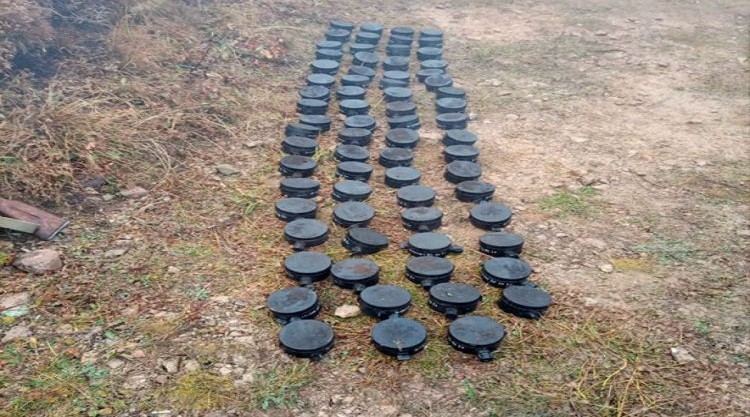 In the last four months, 2,728 mines were discovered in Kalbajar and Lachin

Qazet.az reports that the Ministry of Foreign Affairs informed about this.

It was noted that since August of this year, 1,119 2021 Armenian-made mines (2,728 in total) have been detected and neutralized in the Kalbajar and Lachin areas of the border between Azerbaijan and Armenia, and 1,609 in the territory of the Karabakh economic region, including the mines in question.

It should be recalled that on November 21, 350 PMN-Э type anti-personnel mines of 2021, manufactured in Armenia, buried by Armenian armed groups that have not yet been removed from the territory of Azerbaijan, were discovered in the northern direction of the Sarıbaba hill.