International Forum of Peace and Trust held in Ashgabat 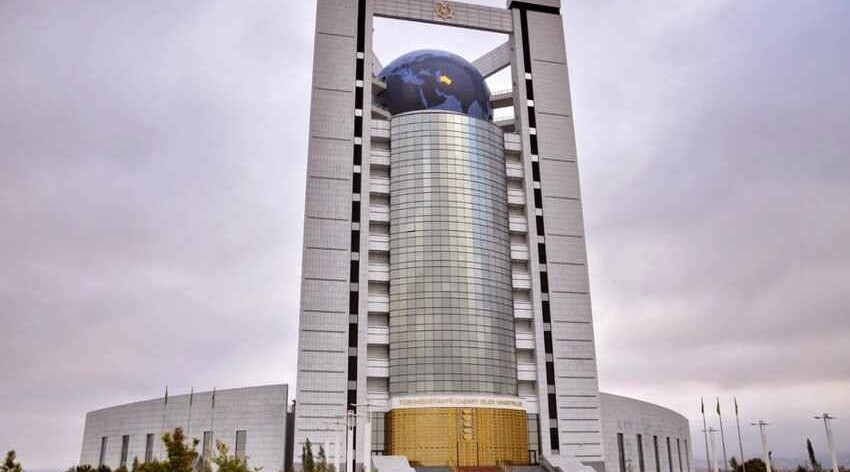 Qazet.az informs that the event was attended by the heads of the Mejlis of the Milli Gengesh (National Council), Deputy Chairpersons of the Cabinet of Ministers of Turkmenistan, heads of the ministries and agencies of the country, leaders of the reputable international organizations, the heads of the diplomatic missions and representations of the international organizations working in Ashgabat, rectors of the higher educational institutions of Turkmenistan, the heads and representatives of the local media, as well as foreign journalists accredited in Turkmenistan.

In his speech President of Turkmenistan Gurbanguly Berdimuhamedov underlined that the principles of peacefulness, trust, openness to dialogue are inherent in the foundation of Turkmenistan’s foreign policy of permanent Neutrality.

"We are proud to say that we are implementing our neutrality for the benefit of universal development and progress and the fulfillment of the program objectives of the UN," the Leader of the Nation added.

In addition, President of Turkmenistan emphasized the need to form a new philosophy of international relations based on clearly defined political criteria, healthy and strong pragmatism, and universally recognized and comprehensible human values.

The speakers noted that taking into account its neutral status Turkmenistan intends to further strengthen mutually beneficial partnership with international and regional structures.

As is known, the initiative to hold the current forum belongs to the President of Turkmenistan Gurbanguly Berdimuhamedov. Being the final event of the International Year of Peace and Trust, proclaimed by the UN General Assembly, this multilateral forum has become a kind of accord for joint actions aimed at restoration of a culture of peace, trust and friendly dialogue in the relations between the countries of the world.

Following the International Forum of Peace and Trust the solid package of documents which counts 26 multilateral acts had been signed.