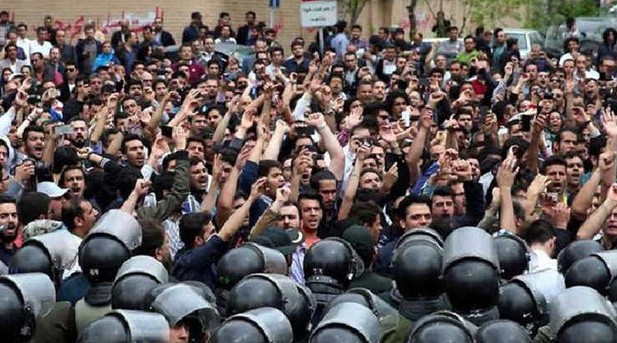 Iranian police fired tear gas to disperse a protest in the western, mainly Kurdish city of Sanandaj, where hundreds rallied to decry the death of a young woman while in police custody in Tehran last week, Qazet.az reports by  citing the Associated Press.

The case of the 22-year-old Mahsa Amini, who was detained last Tuesday after Iran’s so-called “morality police” found fault with her headscarf, or hijab has set off a public outcry in the country, mainly on social media. Police said she died of a heart attack and have denied any allegations of torture or abuse.