The US did not immediately confirm the statement, but has said it will meet pledge to end combat mission by end of year 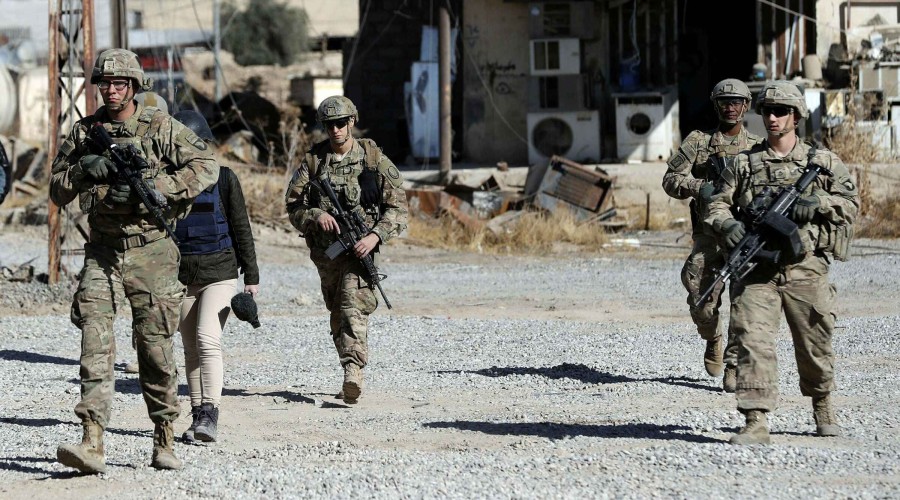 The announcement on Thursday by Qassim al-Araji followed the final round of technical talks in Iraq’s capital to formally transition the combat mission to an advisory mission to assist Iraqi forces.

“We are officially announcing the end of the coalition forces’ combat mission,” al-Araji wrote on Twitter.

“The relationship with the international coalition continues in the areas of training, advising and capacity building” of Iraqi forces, he added.

The US did not immediately confirm the end of the combat mission, although Pentagon spokesman John Kirby said on Wednesday that Washington would “uphold our commitments, including that there will be no US forces with a combat role by the end of the year”.

Iraqi Kurdish Peshmerga Brigadier General Hazhar Ismail, who attended the meeting in Baghdad, also told reporters the US-led coalition said it was ready to end the mission sooner than the previous deadline.

“They said we are ready starting from today,” he said.

It remains unclear how the end to the combat mission, plans for which US President Joe Biden announced in July after meeting Iraqi Prime Minister Mustafa al-Kadhimi, would affect conditions on the ground.

US forces were redeployed to Iraq in 2014 in response to the rise of ISIL, as the armed group overran a large swath of territory across Iraq and Syria.

However, US troops have largely been acting as advisers and trainers since mid-2020, when they stopped directly engaging in combat operations. Another 900 US troops remain in Syria, although their withdrawal is not expected any time soon.

ISIL lost its last piece of territory in Iraq in 2017 and Syria in 2019, although there has been an uptick in attacks, including in Iraq’s northern semi-autonomous region of Kurdistan, in recent months.

Iraqi security forces still require coalition air support in their anti-ISIL operations and for intelligence gathering, according to both Iraqi and Kurdish security officials. They also need assistance maintaining US-provided weaponry and equipment.

The withdrawal follows a years-long campaign by Iran-aligned Shia factions in the Iraqi parliament and influential Iran-aligned armed groups that partially make up the Popular Mobilisation Forces (PMF) – an array of groups that fall under the auspices of the Iraqi government but operate separately from the country’s armed forces. They have increasingly called for a reduced role for the US military in the country.

On social networks, groups close to pro-Iranian factions have been issuing threats and reminding Washington of its December 31 deadline.

In recent months, dozens of rocket and drone attacks have targeted US troops and interests in Iraq. Rarely claimed, the US systematically blames the attacks on pro-Iranian Iraqi factions.