'It's not over': Turkish singer Tatlıses hails miracle survival 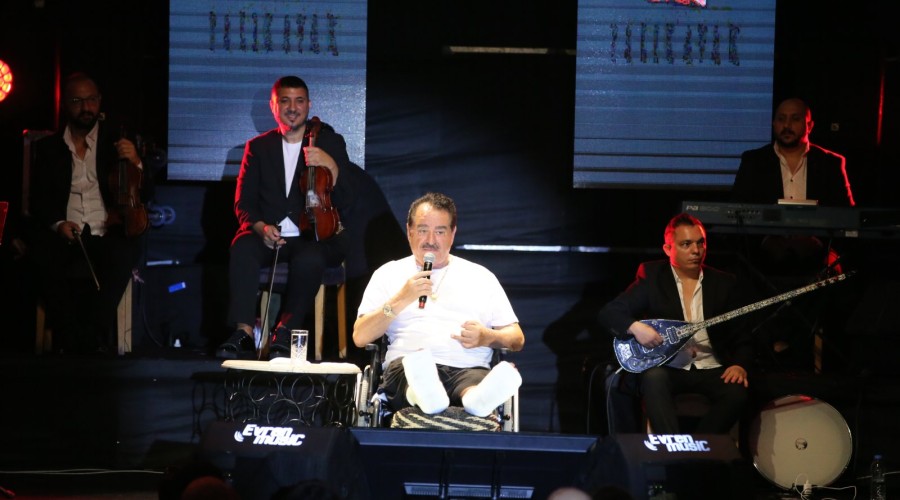 “Allah sent me His angels. It is not over unless He says so,” an emotional Ibrahim Tatlıses told a crowd watching him in a concert on Thursday night. Hours earlier, Tatlıses, one of the biggest stars in Türkiye, was removed from a crashed van, minutes after it caught fire and after almost plunged off a cliff, Qazet.az reports.

Following a brief rest at the hospital he was taken to after his van collided with a truck in the southwestern Turkish town of Bodrum, Tatlıses appeared before his audience in a night club, in a wheelchair and with bandages on his feet. The bandages were part of the treatment for the foot fractures he had suffered in the accident, in which he was trapped in the backseat of the vehicle. Five others were also injured in the crash.

Tatlıses’ survival was nothing short of “miracle,” according to social media users who also joked about the longevity of the 70-year-old singer who survived an armed attack in 2011 when gunmen sprayed his car with automatic rifle fire. Heavily injured in the attack, including a gunshot wound in the head, Tatlıses only fully recovered years later and after spending two weeks in intensive care.

Before he started singing his classic songs, Tatlıses, nicknamed “Emperor,” recalled the horrific moments. “I was traveling with (my son) Ido to have breakfast when the accident happened. I saw the video of people putting out the fire. They had told me that the truck that crashed into our car was on fire but I only found out later that it was our car. I could have been nothing but ashes but I now thank Allah. I have seen the miracle of Allah,” he told concertgoers.