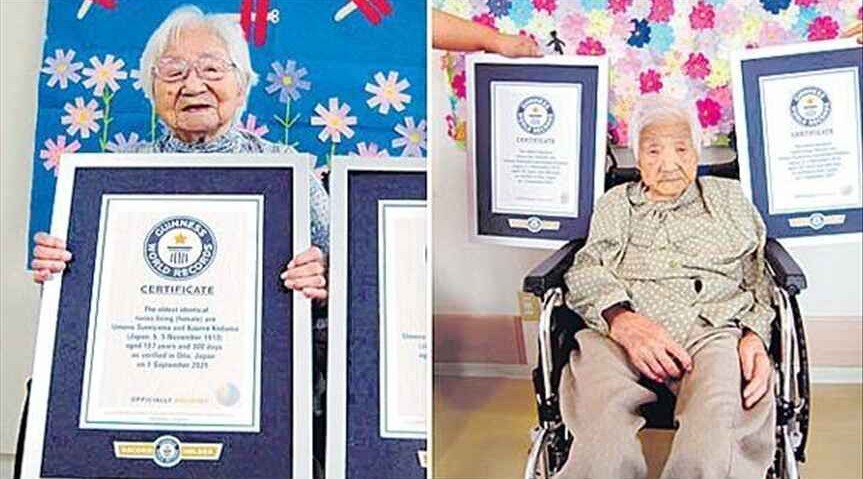 Witness to two World Wars, 107-year-old sisters of Japan are the world’s oldest identical and oldest ever living twins, Guinness World Records has said in its latest survey.

The duo is currently living separately and they were handed over the official record certificates by care home staff.

Earlier, the record was held by another Japanese twin sisters Kin Narita and Gin Kanie who were 107 years and 175 days old. Narita died in 2000, and Kanie died a year later.

According to the records, Sumiyama and Kodama were born on Nov. 5 1913 on Shodo Island, Kagawa province of Japan, into a large family of 13 members.

“The twins are both sociable and positive and hardly worry about things. Apparently, Umeno is more strong-willed, while Koume is more gentle,” the statement added.

Family records show the twins were living separately from a young age.

After her elementary school, Koume left the hometown island to help her uncle.

During World War II, Umeno was forced to vacate her home as an air raid shelter was constructed in the mountain behind it. The war ended shortly afterward.