More than 5,700 people have been forced from their homes, and many will never be able to return 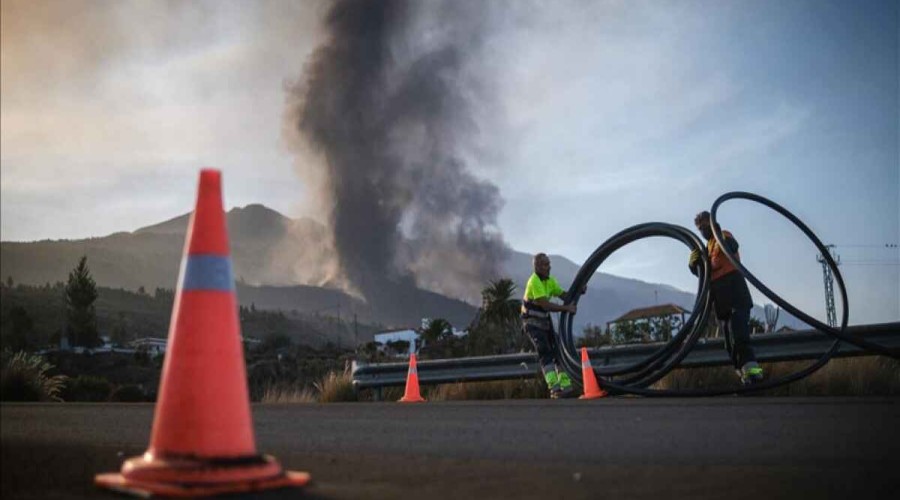 More than 5,700 people have been forced from their homes, and many will never be able to return. Agricultural land, much of it for banana production, as well as businesses and roads have also been razed by the lava.

Most people are staying with relatives in safe areas on the island, but hundreds are being transferred around to different state shelters. Those who have fled their homes are encountering a lack of other housing options, and the volcano could continue erupting for weeks or even months.

The regional government has announced that it will acquire nearly 300 houses for the displaced, though many say that will not be enough to meet the demand.

“Everyone is devastated here. If they’re not depressed, they’re on the brink,” Jonay Perez, a politician and resident of a town that has been destroyed, told Spanish daily El Pais.

Many of those evacuated are still unsure whether their homes survived, when the lava will stop flowing and what will happen next.

On a visit to the Atlantic island on Thursday, Spain’s King Felipe VI tried to console the affected residents.

“These are days of immense sadness and anguish for many families. Today it’s not easy to provide solace, but we want to give you hope that step by step, with the help of us all, everyone will be able to rebuild their lives,” he said.

Scientists had predicted that the lava would reach the sea this week, but that appears increasingly unlikely as the terrain, temperature and geological factors are slowing it down to a crawl. The seismic activity or lava spews, however, have not diminished.

On Sunday, the volcano erupted for the first time in 50 years.