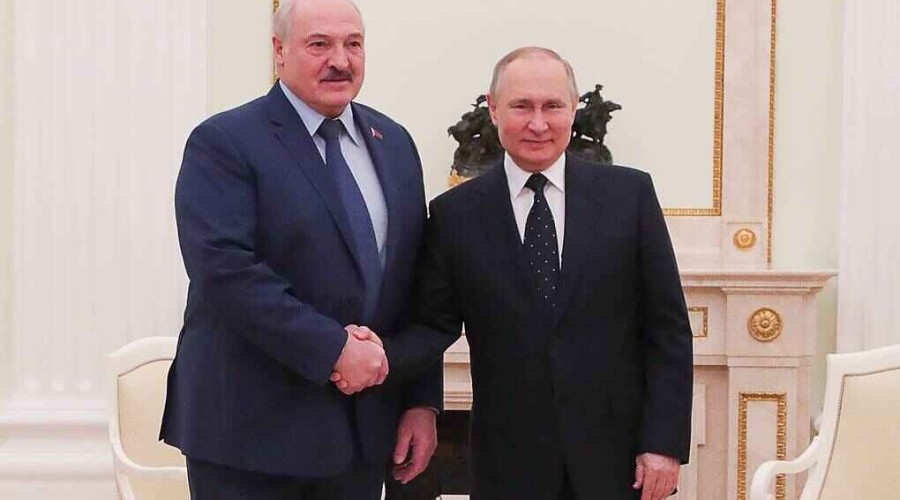 "As for the most important matted, the heads of state conceptually agreed joint steps on mutual support amid the sanction pressure, including on prices on energy source," she said.

Qazet.az reports that Presidents Vladimir Putin of Russia and Alexander Lukashenko of Belarus have agreed on the supplies of modern models of military equipment to Minsk, press secretary of the Belarusian leader said.

"During the talks, [the sides] focused on the development of the military-industrial complex and the defense of the Union State. In particular, we agreed on the supply of the most modern models of military equipment from Russia to Belarus in the near future," the BelTA news agency quoted Eismant as saying.

Moscow and Minsk believe that the Ukrainian conflict can be settled at any moment if Kiev is willing to, press secretary of the Belarusian leader said.

"The heads of state set as a priority and thoroughly discussed the situation in the world, in the region and <…> in Ukraine. One of the main topics in this context was the progress of the talks that are taking place in Belarus, as well as the views of the Russian and Ukrainian sides," the BelTA news agency quoted Eismant as saying. She noted that Kremlin Aide Vladimir Medinsky also was invited to this meeting. "Following [the talks], a unanimous opinion was voiced - if the Ukrainian side wishes, the conflict can be resolved at any moment," the press secretary noted.