Messi hits back at Barca president 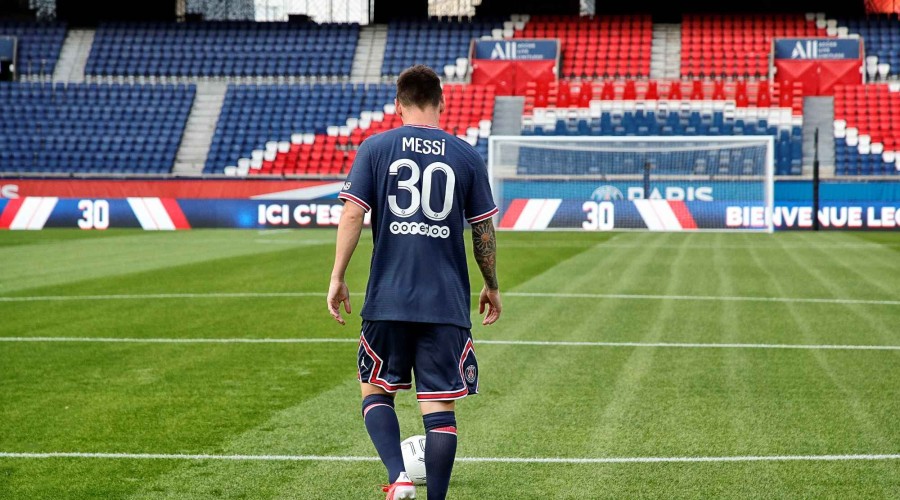 Lionel Messi has hit back at Barcelona president Joan Laporta for saying he had hoped the soccer superstar had stayed at the cash strapped La Liga club and played for free.

Messi stressed that he had done "everything possible" to stay before ending a two-decade stay at the Spanish club, where he is their record scorer with 672 goals, in the off-season and joining French outfit PSG on a free transfer on a two-year deal.

Messi was ready to sign a new contract in Barcelona with a reduced salary but, faced with debts of more than 1 billion euros ($A1.5 billion), the club said in August they could no longer afford him.

Messi said he was "hurt" by Laporta saying in an interview last month that he had hoped the 34-year-old had remained at Barcelona and played for nothing in order to help the club out of their financial crisis.

"The truth is that, as I explained when I left, I did everything possible to stay," Messi told Spanish newspaper Sport.

"'I was never asked to play for free. I was asked to pay my salary with 50 per cent.

"I did that without any problem. That's how I wanted to help Barcelona. "The president's words were really not okay. They hurt me. He just didn't have to say those things.

Messi said he had not spoken to Laporta since departing Barcelona but hoped to one day return to the club as a technical director.

"I've always said I'd like to come back and help the club in any way I could," Messi said.

"I want to be useful, to help. So that it goes well with Barcelona.

"I think it would be nice to be technical director, but I'm not sure if I can get that role and if I can get it at Barca. But if there's an opportunity, I'm definitely open to it.

"I love Barcelona, really hope the club gets healthy again and continues to be one of the best in the world."

Messi limped off injured in PSG's 2-1 win over French champions Lille on Friday but coach Mauricio Pochettino was hopeful he would be available for this week's Champions League game at RB Leipzig.