The servicemen marched under the accompaniment of the orchestra 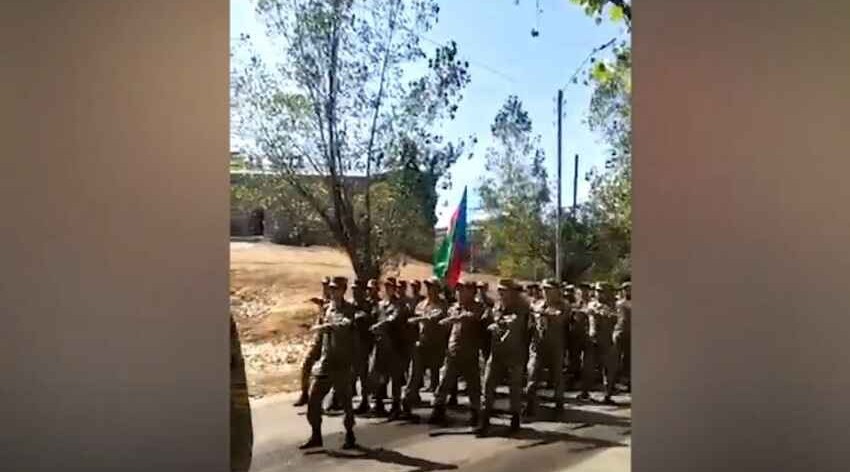 A military parade on the occasion of the 103rd anniversary of the liberation of Baku from the Armenian-Bolshevik occupation took place in Shusha.

According to Qazet.az, the servicemen marched under the accompaniment of the orchestra.

On September 15, 1918, Azerbaijani and Turkish soldiers liberated Baku from the Armenian-Bolshevik occupants. The liberation of Baku became one of the glorious pages in the history of Azerbaijan of the 20th century. Azerbaijan has thereby gained independence and put an end to the dominance of Armenians and Bolsheviks in Baku and surrounding districts.