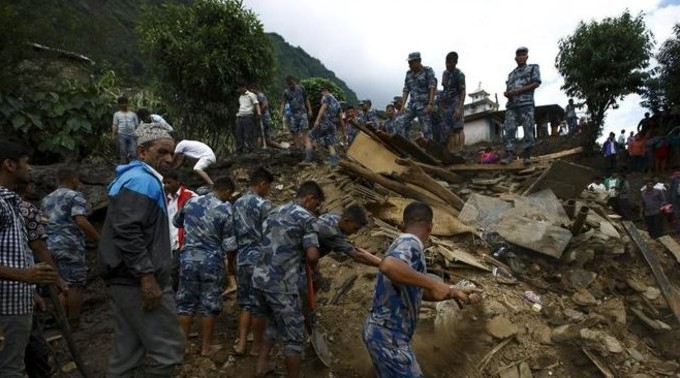 A landslide triggered by heavy rains killed at least 14 people and injured seven in western Nepal. Qazet.az reports according to officials that as rescue workers searched the disaster site to try to find a further 10 missing people.

Rescuers had pulled the dead and injured from the silt- covered wreckage of five houses buried under mud in Achham district, about 450 km west of the capital city of Kathmandu, said Dan Bahadur Karki, a police spokesperson.