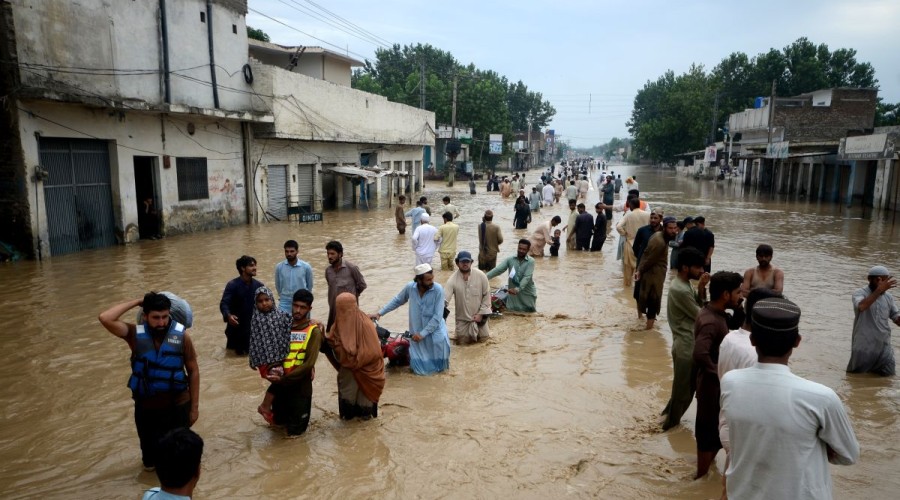 Pakistan needs financial help to deal with "overwhelming" floods, its foreign minister said on Sunday, adding that he hoped financial institutions such as the International Monetary Fund would take the economic fallout into account, Qazet.az reports according to Pakistani media.

Unusually heavy monsoon rains have caused devastating floods in both the north and south of the country, affecting more than 30 million people and killing more than 1,000.

"I haven't seen destruction of this scale, I find it very difficult to put into words ... it is overwhelming," said Pakistan's Foreign Minister Bilawal Bhutto-Zardari in an interview with Reuters, adding many crops that provided much of the population's livelihoods had been wiped out.

"Obviously this will have an effect on the overall economic situation," he said.