A total of 78.63% of eligible voters took part in the referendum, 82.86% of voters favored the amendments 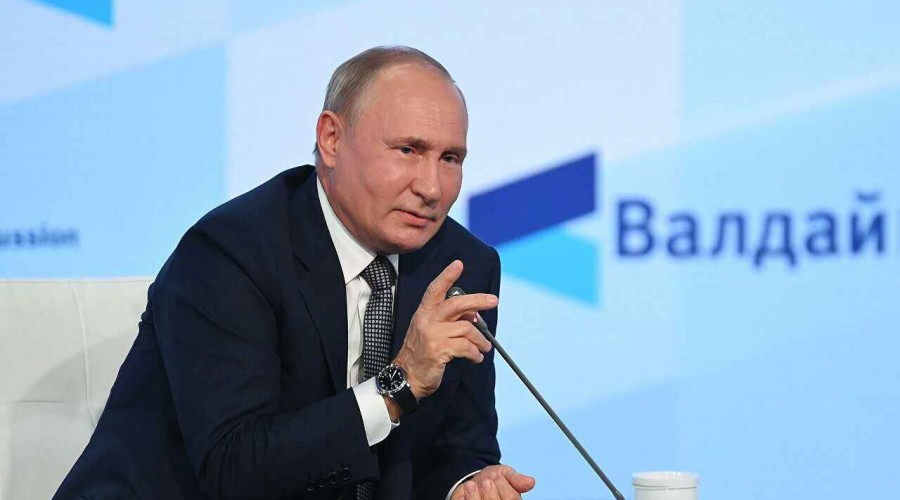 Russian President Vladimir Putin congratulated his Belarusian counterpart Alexander Lukashenko with a successful referendum on amendment of the Belarusian Constitution.

"First and foremost, before we begin the substantive conversation, I would like to congratulate you with the successful referendum, which resulted in introduction of amendments to the Constitution," the Russian leader said, starting the talks with Lukashenko in the Kremlin Friday, Qazet.az reports.

"I know that the turnout was very high, and the support from Belarusian citizens was solid as well," Putin said. "By the way, it was 1.5% higher than during the presidential elections. And that’s good."

"This political process that you have initiated, the dialogue that you have with the people, is extremely important so that situation remains sustainable and stable," Putin believes. "Only in such stable and sustainable situation it is possible to speak about economic development."

The amendments update functions and powers of the head of state, the parliament and the government. One of the main changes is that the All-Belarusian National Assembly, established in 1996, becomes the supreme representative body of people’s power. It obtains a status of a constitutional body and receives additional powers. The current Constitution was adopted on March 15, 1994, and was updated during referendums in 1996 and 2004. The new Constitution is planned to enter into effect on March 15.