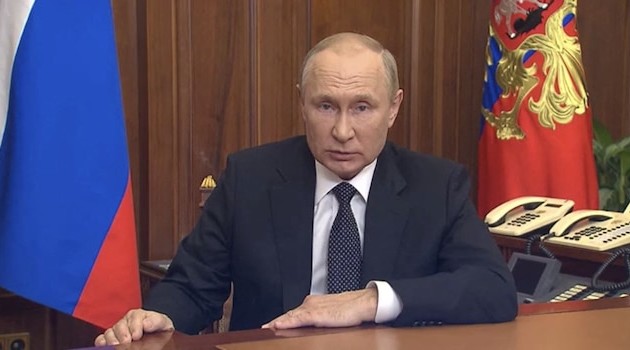 In a televised address, Putin said the partial mobilisation of its 2 million-strong military reserves was to defend Russia and its territories, claiming the West wants to destroy Russia and did not want peace in Ukraine.

“To protect homeland, its sovereignty (…), I consider it necessary to support the decision of the General Staff on partial mobilization,” he said.

Putin restated his aim was to "liberate" east Ukraine's Donbas industrial heartland region and that most people in the region did not want to return to what he called the "yoke" of Ukraine.