“Turkish community in Germany constitutes our common wealth and it holds important social aspect of our relations.” 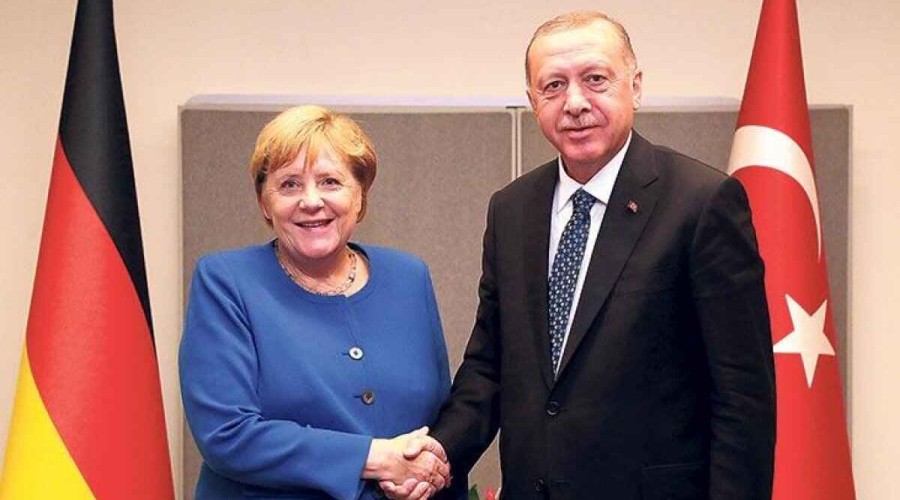 Erdogan expressed hope that Merkel will continue to contribute to the friendship between the two nations after leaving office.

The president expressed hope that the successful work that they carried out with the outgoing German chancellor will continue in the same manner under a new German government.

For her part, Merkel said the EU's support to Turkey on irregular migration would continue.

"We want to prevent human trafficking. It is essential … for the EU to support Turkey in this regard," she said.

Merkel stressed that Turkey and Germany always have common interests, and added that this would be how the next federal government will see it.

The press conference followed an hour-long meeting between Erdogan and Merkel at the Huber Mansion.

After 16 years in power, Merkel is preparing to leave active politics later this year, but she will remain in her post until a new coalition government is formed.