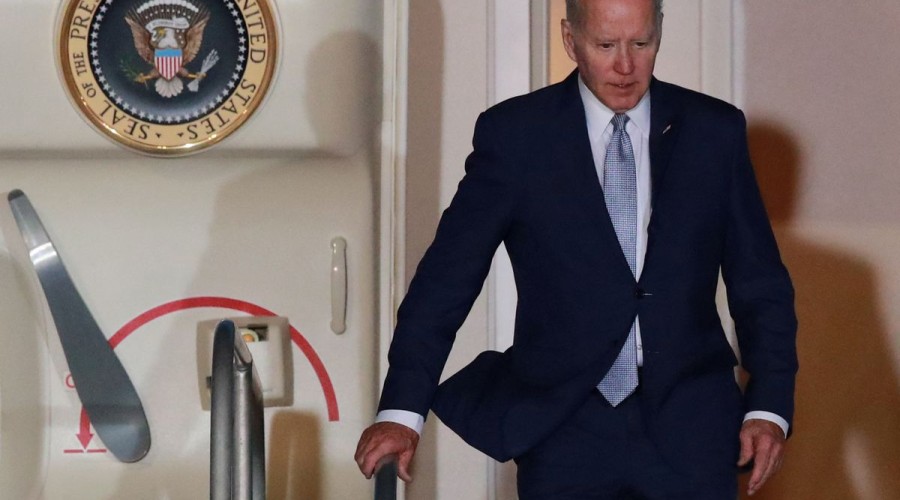 The papers, discovered at the Penn Biden Center in Washington, reportedly contain briefings on foreign countries.

The US justice department is reviewing the matter.

Mr Comer, who represents a Kentucky district, has asked the White House to turn over its documents and communications related to the classified materials, as well as a list of people who had access to the office space, by 24 January. It is a request, not a legal summons.

In Mexico City, where he was attending a summit, Mr Biden told reporters on Tuesday he was "surprised" by the discovery.

"I don't know what's in the documents," he said, indicating his lawyers had advised him not to inquire about the contents.

"We're co-operating fully with the review," he added.

The documents' level of classification or why they were there is unclear.

Citing a source familiar with the matter, CNN reports that the 10 classified files include US intelligence memos and briefing materials covering topics including Ukraine, Iran and the United Kingdom.

They were found at the Penn Biden Center by one of Mr Biden's lawyers, in a manila folder that was labelled "personal", according to CNN.

A source familiar with the matter has told the BBC's US partner CBS News that the batch did not contain nuclear secrets.

The documents were found on 2 November last year, days before the US midterm elections, in a locked closet at Mr Biden's former private office, according to special counsel to the president Richard Sauber.

The material dates to Mr Biden's time as vice-president from 2009-17, according to his lawyer. Mr Biden kept an office at the think tank, which is about a mile from the White House, from 2017-20.

Officials are reportedly investigating whether there are additional classified files in other locations tied to Mr Biden.

Mr Biden's predecessor, Donald Trump, faces his own justice department probe for taking sensitive materials to his Florida estate, Mar-a-Lago, after his presidency.

Republicans, who recently took over the US House of Representatives and have pledged to investigate the Biden administration, have accused the president of hypocrisy.

In September, President Biden appeared on CBS and, when asked for his reaction to the documents recovered at Mar-a-Lago, said it was "totally irresponsible".

There are, however, key differences between Mr Biden and Mr Trump's cases.