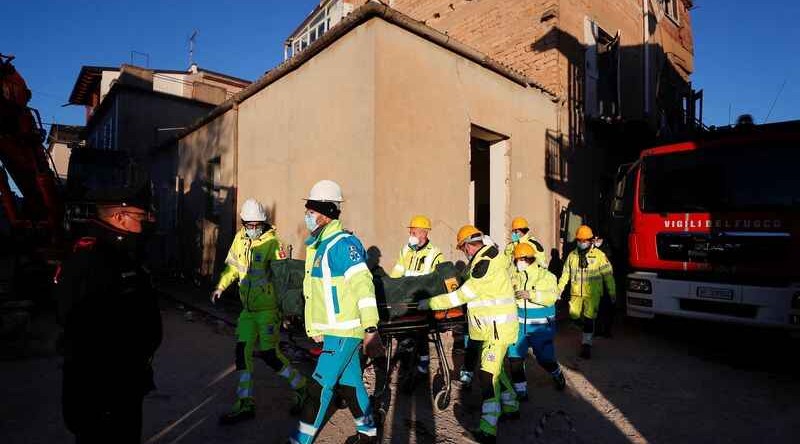 Rescuers have pulled four more bodies out of the rubble of houses destroyed by a suspected gas explosion in the Sicilian town of Ravanusa, bringing the total death toll to seven, the fire brigade said.

Sniffer dogs located the four bodies, including a nurse who was nine-months pregnant, in the early hours and emergency services worked through the night to clear away the debris in order to reach them safely.

“The rubble has to be removed carefully piece by piece to avoid other possible collapses, which could hit both the fire-fighters … but also the people we are looking for,” fire service spokesman Luca Cari told Reuters.

Authorities said the deadly explosion was likely triggered by a gas leak, although an investigation was underway to ascertain the cause.

Gas grid operator Italgas expressed its sorrow and condolences to people in Ravanusa. It said its emergency service had received no reports of gas leaks last week.

Ravanusa is a town of about 11,000 people near the southwestern Sicilian city of Agrigento, which is famous for its Greek temples.